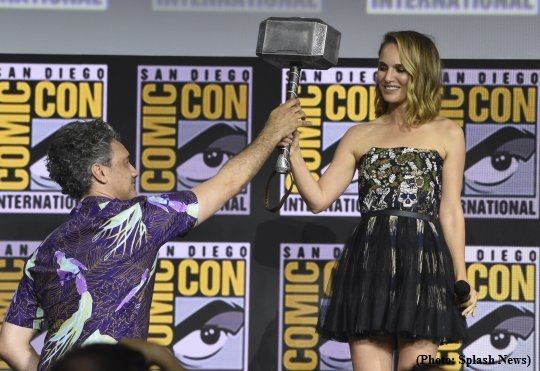 Natalie Portman is set to make her comeback to the world of Thor, as she was announced as the very first female god of thunder in the Marvel universe overnight, Metro reports.

The actress, who played Jane Foster in the franchise, will make her big return in the Thor 4, otherwise known as Love And Thunder, after she was brought onstage by director Taika Waititi at San Diego Comic-Con on Saturday.

It’ll mark her return to the Marvel Cinematic Universe, after her last performance in Thor’s second instalment, 2013’s Dark World.

Ushered onto the stage in Hall H amid a flurry of exciting Marvel announcements, Taika presented the might Mjolnir hammer to the actress, who gladly accepted it.

And, it seems the first reviews of the news are in from fans who are more than here for Jane to take on the role of the Norse god alongside Chris Hemsworth.

According to pundits, it’ll draw inspiration from The Mighty Thor comics, which introduced a female version to the playing field.