'We have no secret' - Putin reveals he informed Medvedev about government resignation
Read: 339 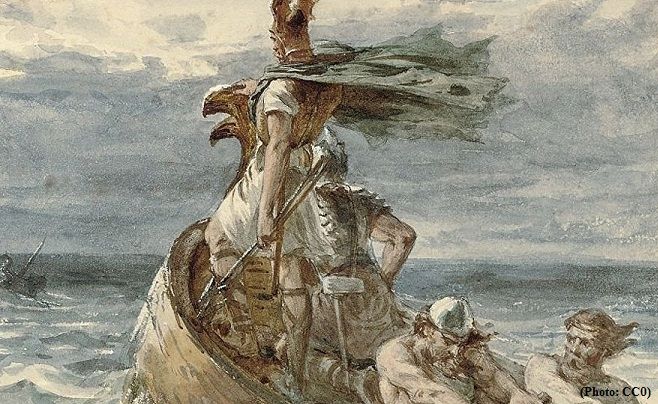 The artefacts, including coins from faraway lands, beads, jewelry and other well-preserved man-made objects were found in an area of northern Russia believed to have served as a Viking trade hub in the tenth century AD.

Archeologists working near the settlement of Gorozhane in Russia’s Pskov Region have discovered over 350 artefacts from the time when Vikings roamed the region, a member of the ‘Citizens-2019’ expedition digging near an artefact-laden area has revealed.

“It’s clear that there will be more finds, as field work continues. Among the finds are eight Arab Dirham coins, as well as other imported items, for the most part beads, weapons, jewelry and other items,” the expedition member said.

After being discovered in 2016, the archeological preserve near Gorozhane has become a major source of interest for archeologists, with the remains of homes and hundreds of manmade objects, including Byzantine Imperial coins dating to the years 920-944, fragments of a pendant featuring a symbol of the Rurikid nobles of Kievan Rus, Dirham coins from ancient Arab caliphates, scale weights, arrowheads, horseshoe fasteners, and dozens of ancient human-made objects made of glass, stone, clay, ferrous and non-ferrous metals found at the site over the years.

Archeologists believe the site, which dates back to at least the 10th century, once served as a hub for a trade route between Greece and the Varangians (the name for Vikings given by the Greeks and ancient Rus peoples). All the ancient objects found prior to the current dig were handed to the local archeological center, with students from universities in Russia, Belarus and Estonia invited to take part in the expeditions with support from the Russian Historical Society.

Vikings began exploring in lands which are parts of the Baltic states, Russia, Belarus and Ukraine between the 6th and 9th centuries, traveling aboard their distinctive vessels along the Baltic, Black and Caspian Seas and conquering many local settlements amid efforts to open up trade routes with the Greeks and the Middle Eastern empires. Most Varangians are believed to have assimilated with local Slavic tribes sometime after the 11th century. According to the ‘Primary Chronical’ history of Kievan Rus’, published in Kiev in 1113, a Varangian chieftain named Rurik became ruler (knyaz) of the city of Veliky Novgorod in 860, with his successors eventually expanding south to Kiev and founding the first East Slavic state, known as Kievan Rus.