daily news
Video footage proving the liberation of Giyasli and Sariyatag villages of Gubadli region from occupation - VIDEO
Today is the 97 years of anniversary of Turkey Republic
Video footage of ammunition, armored and auto vehicles left by the enemy on the battlefield - VIDEO
Number of coronavirus cases in Armenia grows by 2,383 in 24 hours, 31 people died in a day
Armenia fired Goranboy and Tartar regions
Human Rights Watchwill investigate Armenian terror against Barda
Aliyev thanks Erdoğan for ‘unwavering support’ during Nagorno-Karabakh conflict
Foreign Minister of Azerbaijan held telephone conversation with Co-chairs of OSCE Minsk Group
﻿

"I can no longer see France, which shines in all its glory" - A moral lesson from a French Muslim woman to Macron
Read: 462

Azerbaijan's liberation of its own territories destroys the previous order in the South Caucasus - Expert
Read: 449

President spoke about how he proved to the world that Karabakh is our historical land in his address to the nation
Read: 353

"The beauty of Karabakh is felt when it is united with Azerbaijan" - Umud Mirzayev - VIDEO
Read: 330 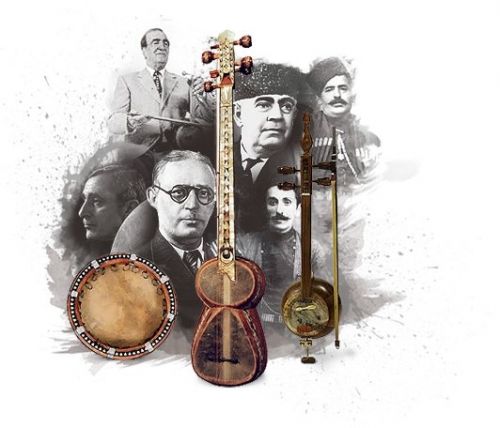 Hajibayli's "Leyli and Majnun", the first opera in the Muslim world, composed and performed in 1908, revolutionized Azerbaijani music.

After this opera, contemporary Azerbaijani music embarked on its triumphal ascent, with such creations as "Sheikh Sanan", "Asli and Kerem" and "Shah Ismail" operas, and the "Arshin mal alan" operetta, which were staged in more than 60 countries.

From 1919 to 1920 Hajibeyov served as editor-in-chief for the newspaper Azerbaijan, the main governmental media body of the Democratic Republic of Azerbaijan.

In 1927, Hajibeyov published Collection of Azerbaijani Folk Songs along with composer Muslim Magomayev. For the first time, more than 300 pieces of Azeri folk music were documented by notation. In 1945, he published the book entitled The Basis of Folk Music in Azerbaijan, which has been translated into several languages including English.

Hajibeyov died of diabetes at the age of 63, and was buried at the Alley of Honor in Baku.

On September 18, 1995 the 110th anniversary of Hajibeyov's birth has been celebrated. No one in the history of modern music in Azerbaijan is recognized for having done more to lay the foundation for Azerbaijani music as it exists today, especially with its unique synthesis of Eastern and Western traditional musical instruments and musical forms.