daily news
Secretary General of TURKSOY: Vandalism committed in Aghdam is directed against all mankind
A briefing will be held with the participation of the Minister of Education
Brazilian healthcare watchdog declines request for emergency use of Sputnik V vaccine
Two more commissions will be established to consider the appeals of demobilized citizens. - Ministry of Defence
Germany says interested in discussing Nord Stream 2 with the US
Russian opposition leader Alexei Navalny to fly home despite arrest threat
U.S. Diplomatic Mission in Kazakhstan launches ’30 Years Together’ campaign
Uzbekistan to commission 9 power plants in 2021
﻿ 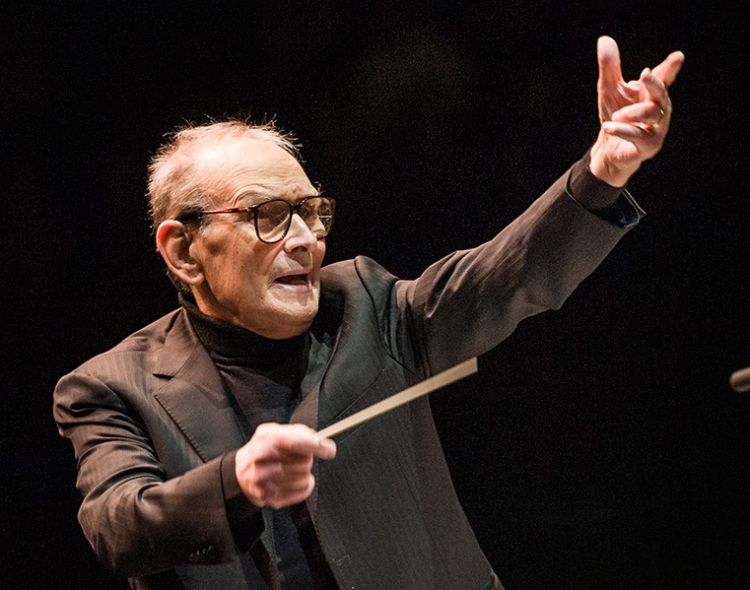 The Italian composer, who scored more than 500 films — seven for his countryman Leone after they had met as kids in elementary school — died in Rome following complications from a fall last week in which he broke his femur.

A native and lifelong resident of Rome whose first instrument was the trumpet, Morricone won his Oscar for his work on Quentin Tarantino’s The Hateful Eight (2015) and also was nominated for his original scores for Terrence Malick’s Days of Heaven (1978), Roland Joffe’s The Mission (1986), Brian De Palma’s The Untouchables (1987), Barry Levinson’s Bugsy (1991) and Giuseppe Tornatore’s Malena (2000).

Known as “The Maestro,” he also received an honorary Oscar in 2007 (presented by Clint Eastwood) for his “magnificent and multifaceted contributions to the art of film music,” and he collected 11 David di Donatello Awards, Italy’s highest film honors.

“The music is indispensable, because my films could practically be silent movies, the dialogue counts for relatively little, and so the music underlines actions and feelings more than the dialogue,” Leone, who died in 1989, once said. “I’ve had him write the music before shooting, really as a part of the screenplay itself.”

Morricone’s spare focus on one instrument — like the trumpet solo in The Good, the Bad and the Ugly, or the oboe, which soared over a lushly reverent backdrop in The Mission — enriched his contributions.

The composer loved the sound of the electric guitar and the Jew’s harp and employed whistles, church bells, whips, coyote howls, chirping birds, ticking clocks, gunshots and women’s voices to add textures to scores not associated with the typical studio arrangement.

“All kinds of sounds can be useful to convey emotion … it’s music made up of the sound of reality,” he said.

Morricone also teamed with Leone one last time on the Prohibition-era tale Once Upon a Time in America (1984) and partnered about a dozen times with Tornatore, including on Cinema Paradiso (1988), winner of the Oscar for best foreign-language film.

He did not like the term “spaghetti Western” and noted that his work in that genre represented just a fraction of his career.

He was asked but never scored a film for Eastwood the director, a decision he said he regretted, and missed out on a chance to do Stanley Kubrick’s A Clockwork Orange (1971) when Leone insisted that the composer was too busy finishing up one of his films (he wasn’t).

His theme, “Chi Mai,” for the 1981 BBC drama The Life and Times of David Lloyd George became an international hit, and he received a Grammy for his Untouchables score.

Tarantino, a big fan, used some of his compositions for the Kill Bill films, Django Unchained and Inglourious Basterds. In a January 2016 interview, Morricone said working with the director on Hateful Eight was “perfect ... because he gave me no cues, no guidelines.

“I wrote the score without Quentin Tarantino knowing anything about it, then he came to Prague when I recorded it and was very pleased. So the collaboration was based on trust and a great freedom for me.”

In November 2018, he came out as highly critical of Tarantino and the Academy of Motion Picture Arts & Sciences in an interview that was published in the German edition of Playboy, but Morricone denied making the disparaging remarks and threatened to sue.

Ennio Morricone was born on Nov. 10, 1928, in a residential area of the Eternal City. His father, Mario, was a trumpet player, and the trumpet was the first instrument the youngster played. He began writing music at age 6.

When he was about 8, Morricone first met Leone in elementary school (the two would not connect again for more than two decades). He attended the Santa Cecilia Conservatory, where he studied under Goffredo Petrassi, a major Italian composer.

Morricone composed music for radio dramas and played in an orchestra that specialized in music written for films. “Most of these scores were very ugly, and I believed I could do better,” he said in a 2001 interview. “After the war, the film industry was quite strong here in Italy … but these new realistic movies didn’t have great music. I needed money, and I thought it would be a good thing to write film scores.”

He worked with Mario Lanza, Paul Anka, Charles Aznavour, Chet Baker and others as a studio arranger at RCA and with director Luciano Salce on a number of plays. When Salce needed a composer for his 1961 movie Il Federale, he hired Morricone.

About a dozen other films followed, and Leone, doing his first Western, put Morricone to work on Fistful of Dollars. (The director and composer were billed as Bob Robertson and Dan Savio, respectively, in a bid to convince Italian moviegoers, who were growing weary of home-grown Westerns, that the film was a product of Hollywood.)

“Gradually over time, he as a director and me as a composer, we improved and reached our best, in my opinion, in Once Upon a Time in America,” Morricone said.