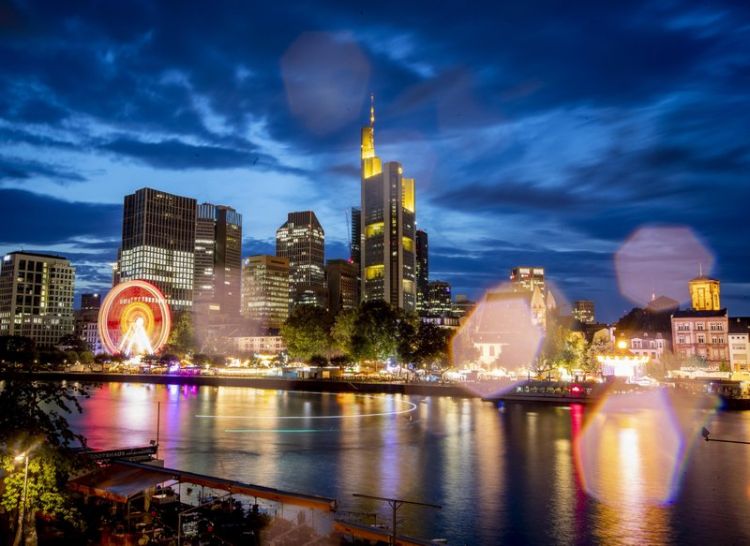 Like a sleek Mercedes crunched between two freight trucks, Europe’s economy is being knocked off course by the conflict between the U.S. and China over trade.

The bill for damages from the U.S-China collision could be painfully high, starting this week if new growth figures on Wednesday show that Europe’s economic motor, Germany, is stalled or shrinking. Beyond that, economists say there are signs that years of declining unemployment since the depths of the Great Recession and the eurozone debt crisis may be ending.

And if the trade wars escalate to include higher U.S. tariffs on cars made in Europe, the picture could look even worse.

The heart of the matter is Germany, Europe’s largest economy and a key trade partner of both the U.S. and China.

Exports amount to almost half the German economy - 47%, according to World Bank figures — as its companies play a dominant role in global markets for luxury autos and complex industrial machinery. Supply chains from Germany extend into neighboring countries as well, while German profits are often invested in factories in places like Slovakia, Hungary and Poland. Great for Germany and Europe when trade is booming — but it means Germany remains more vulnerable than less open economies such as Portugal or France to a slowdown in global trade in goods and services.

And that is what’s happening.

German has spewed wretched economic data for weeks: an 8% annual fall in exports in June, a 1.5% drop in industrial production in June from the month before, three times bigger than expected. Surveys of company executives suggest the industrial sector is in recession, with consumer demand and services propping up the economy.

But the damage from trade may be spreading to consumers and companies that do business only at home. While unemployment remains low at 3.1%, job gains have stalled recently.

Ironically, trade between Germany and the U.S. and between Germany and China is holding up pretty well. It’s mainly the uncertainty about the outcome of the clash between U.S. President Donald Trump and the Chinese Communist leadership that has been weighing on business confidence and deterring decisions to invest and buy across global markets. Last week, Trump imposed a 10% tariff on an additional $300 billion in Chinese goods effective Sept. 1.

There are a few small benefits for Europe. While the U.S. and China ramped up barriers against each other, the U.S. has largely kept tariffs on European products the same, except for introducing charges on steel and aluminum imports. China has actually lowered charges on exports from the 19 European countries that use the euro.

“That mildly positive effect for the eurozone has been, however, more than offset by the hit to business sentiment and demand,” says economist Florian Hense at Berenberg bank. “As uncertainty about the future trading regime is pervasive, businesses have cut their outlook and their investment plans. The slowdown in Chinese actual and potential growth, which the trade tensions have exacerbated, also weighs on demand for eurozone exports.”

Trump has recently repeated threats to increase tariffs on autos if he does not get a satisfactory new trade deal with the EU.

The auto industry in particular, with its dependence on demand from operations in China, looks less healthy. Daimler, maker of Mercedes-Benz luxury cars, has issued four profit warnings over 18 months and saw its first quarterly loss since 2009. BMW lost money on its autos business in the first quarter for the first time in a decade.

Some of Europe’s troubles can’t be blamed on the trade dispute. The auto industry is under pressure to meet lower greenhouse gas emissions limits imposed by the European Union. Automakers had expected to rely on more fuel-efficient diesels to help meet the requirements, but saw diesel sales plunge after Volkswagen was caught in 2015 cheating on diesel emissions tests.

Another source of uncertainty is Britain’s impending departure from the EU, currently set for Oct. 31. British Prime Minister Boris Johnson has said he wants to leave without an extension even if that means no divorce deal to smooth trade.

In an effort to ward off a steeper slowdown or possible recession, the European Central Bank has signaled it could provide more monetary stimulus at its Sept. 12 meeting, including new purchases of bonds, which pump newly created money into the economy. It’s a measure of Europe’s reversal of fortune that a four-year, 2.6 trillion-euro ($2.9 trillion) bond purchase program was halted only in December.

“What is hurting German exports currently is the uncertainty which has spread across the globe and has also paralyzed many European economies,” said Carsten Brzeski, chief economist for Germany at ING. “Looking ahead, the outlook for German exporters is clearly in the hands of the U.S. and China.”