2750 tonnes of ammonium nitrate stored at Beirut warehouse at centre of explosion
Read: 1039

Azerbaijani MoD - Armenians created a fake Twitter account using the name of the Ministry of Defense of Azerbaijan
Read: 699

Jobless rate ticks up to 3.9 per cent in the second quarter, but the employment rate is steady and pays growth accelerates 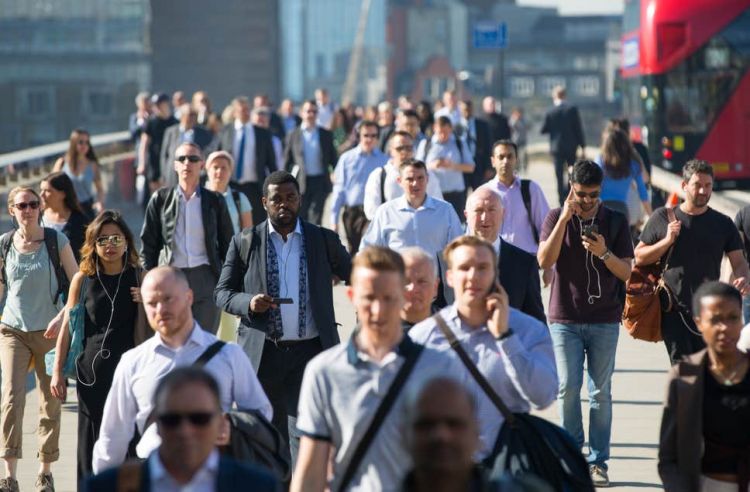 Unemployment in Britain grew by 31,000 to 1.3 million between April and June and the rate rose to 3.9 per cent, according to official data.
Vacancies, measured with less of a lag, dropped to 820,000 between May and July from 824,000 between April and June, the Office for National Statistics said on Tuesday. Vacancies have been declining since the turn of the year.
The figures pointed to an emerging slowdown in what has so far been a strong labour market, according to some analysts.
Arno Hantzsche, principal economist at the National Institute of Economic and Social Research, said: “There is a good chance that the labour market is reaching a turning point.”
Andrew Wishart, UK economist at Capital Economics, agreed, saying: “June may have marked high tide in the labour market. Demand for workers has cooled on the back of softer economic activity.”
The ONS data showed that the number of people in work climbed to a record high of 32.8 million in the second quarter, driven by a rise in part-time jobs while the number of full-time positions dropped. However, the employment rate remained unchanged at 76.1 per cent.
Tej Parikh, chief economist at the Institute of Directors, suggested that some of the growth in jobs is linked to the current economic uncertainty.
“With investment in machinery and technology often deemed too risky right now, businesses have sought to bring on board more staff to help lift output,” he said, adding that the labour market “may now be reaching its peak”.
Last week, official data showed that Britain’s economy unexpectedly shrank in the second quarter for the first time since 2012. That bodes ill for jobs as employment tends to adjust with a delay.
The ONS also said that pay growth accelerated. Total pay, including bonuses, increased 3.7 per cent in the April-June period compared with a year earlier, while growth in regular pay, which excludes bonuses, sped up to an 11-year high of 3.9 per cent.
The Resolution Foundation welcomed the faster increase in wages but said it expects pay growth to slow in the coming months, falling short of the pre-crisis average levels of 4 per cent.
“And the longer-term prospects for pay are being undermined by another fall in productivity. Output per hour of work fell by 0.6 per cent compared to the same period last year – the fourth consecutive quarter in which it has fallen year-on-year,” it added.