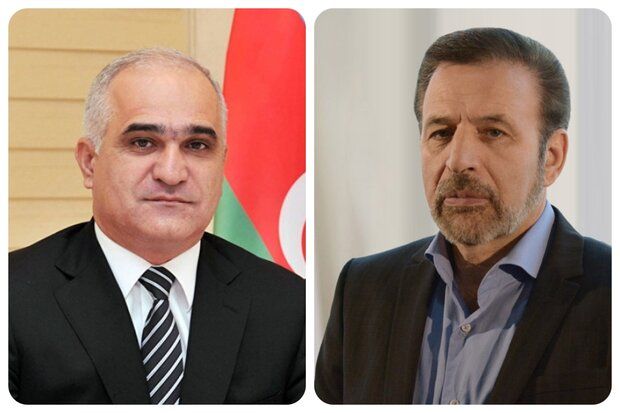 In a telephone conversation on Saturday, the two sides conferred on a host of issues, including the obstacles made in the bilateral trades due to the coronavirus pandemic.

They underlined the need to conduct trade between the two countries in compliance with health protocols in a bid to boost the economic exchanges amid the current situation.

The border trades through roads and railway have not been halted between Iran and Azerbaijan since the outbreak of the novel coronavirus earlier this year.

On Friday, the Iranian President Hassan Rouhani and his Azerbaijani counterpart Ilham Aliyev reviewed bilateral relations, stressing the need for implementation of the Rasht-Astara railway.

Rouhani said “Fortunately, with the efforts of the officials of Iran and the Republic of Azerbaijan, we are witnessing good, friendly and developing relations between the two countries in recent years.”

The President also stated that the officials of the two countries can hold consultations via video conference in these situations where face-to-face meetings and travel is hard.