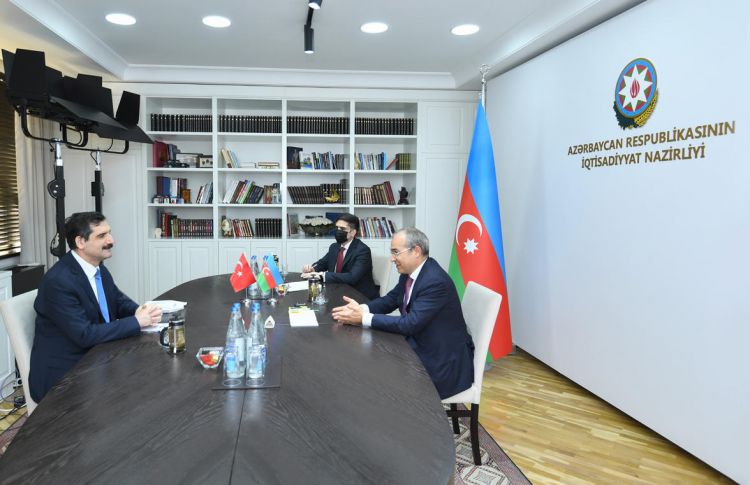 Stressing that Azerbaijani-Turkish relations are steadily developing, the minister noted that Turkey’s strong political and moral support for Azerbaijan during the 44-day Second Karabakh War is a vivid example of the fact that both countries have always supported each other.

It should be noted that Turkey was one of the first countries that expressed its interest and readiness to participate in the restoration of Azerbaijan’s liberated territories.

He underlined that the political will of the presidents of the two countries plays an important role in the development of bilateral cooperation.

Moreover, speaking about the trade and economic relations development between the two countries, Jabbarov stated that Turkey is one of Azerbaijan’s main trade partners.

“The preferential trade agreement signed between the governments of Azerbaijan and Turkey will contribute to the expansion of bilateral trade relations,” he emphasized.

The minister added that the number of Turkish companies working in Azerbaijan is growing and successful investment cooperation is underway.

Additionally, Jabbarov stressed that there are ample opportunities for Turkish companies to participate in the reconstruction of Azerbaijan’s liberated territories.

In turn, the ambassador, expressing gratification with his activity in Azerbaijan, stressed the existence of friendly and fraternal relations between the two countries, strategic partnership.