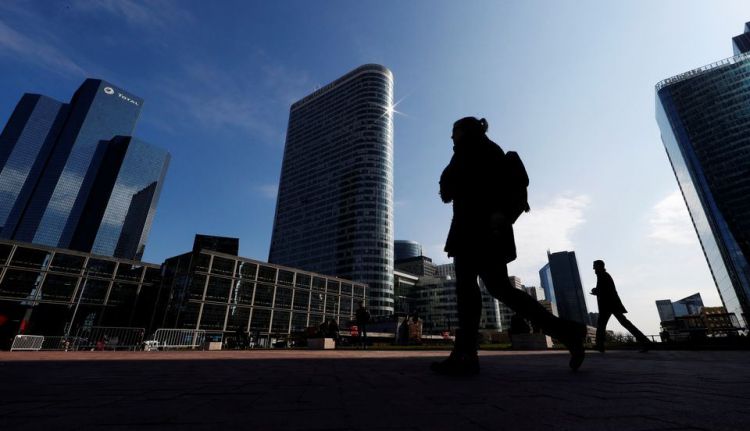 Inflation in the 19-country euro zone accelerated to 5.1% in January from 5% in December, well ahead of expectations for a drop to 4.4%, the European Union's statistics agency Eurostat said on Wednesday.

At 5.1%, price growth is more than twice the ECB's 2% target but the central bank, which holds a policy meeting on Thursday, has for months shrugged off the data, arguing that temporary factors are behind the rise and inflation will abate on its own.

But the ECB's track record in forecasting inflation is mixed and it was forced several times last year to sharply raise its projections.

While the U.S. Federal Reserve has abandoned the narrative that inflation is "transitory," the ECB has stuck with this assessment, arguing that wage growth, a precondition of durable inflation, is still muted and underlying price growth is weak.

Although core inflation slowed, it remained above the ECB's target and also beat market expectations by a wide margin.

Inflation excluding food and fuel prices, closely watched by the ECB, slowed to 2.5% from 2.7% while a narrower measure that also excludes alcohol and tobacco products slowed to 2.3% from 2.6%. Both figures were well above expectations.

The ECB sees inflation falling back under 2% by the end of this year, partly because of weak wage growth, but a long list of influential policymakers have questioned this narrative, warning that risks are skewed towards higher figures.

While wage growth is indeed weak so far, unemployment fell to 7% in December, an all-time-low for the euro zone, and is already well below the ECB's own forecasts, suggesting that wage pressures could also exceed projections.

ECB policymakers meeting on Thursday are almost certain to keep policy unchanged after extending stimulus through a complex package in December.

While ECB chief Christine Lagarde may acknowledge that price pressures continue to beat projections, she is also expected to push back on mounting rate hike expectations, repeating her long-standing stance that any rate changes this year are unlikely.