daily news
How Russia and America would have fought World War III
US, Russia don’t have much time for arms control talks - Pentagon
Will Biden save Pashinian from trouble?
Turkey condemns terror attack in Mali
Iranian, Iraqi FMs to hold talks in Tehran
Azerbaijan diaspora in London commemorate Khojaly tragedy - PHOTOS
Armenia will not be allowed to violate the agreements on Karabakh
Woman in Istanbul throws four kids from building’s window to... - VIDEO
﻿

Scientists share images of gorgeous meteoroid explosion on the surface of Jupiter
Read: 1878

Russian Su-34 fighter-bomber with a series of strikes in Idlib, Syria
Read: 1040

NASA's Webb telescope will capture more stars at higher resolution - What that means for astronomy
Read: 490

What is an attitude of Armenians to making Russian second official language in Karabakh? - Expert comments
Read: 469 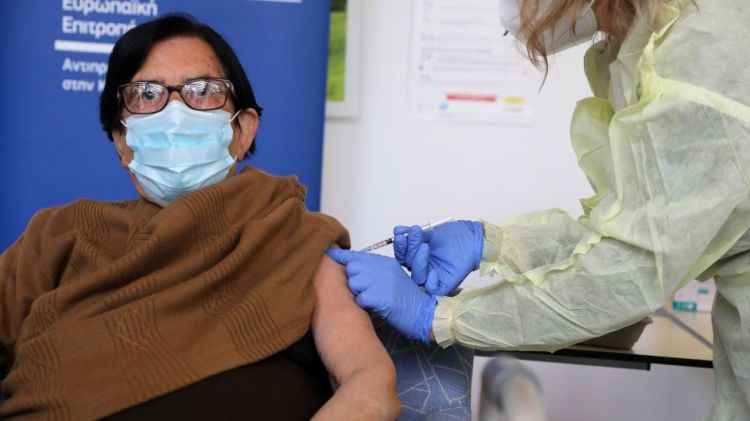 French drug maker Sanofi has said it will help mass produce the coronavirus vaccine developed by Pfizer/BioNTech, amid EU shortages.

Sanofi says it has struck a deal to produce 125 million doses of the vaccine by the end of the year, Eurasia Diary reports citing BBC.

Pfizer-BioNTech has cited production problems, as has AstraZeneca, which is also falling behind in its EU deal.

The EU has threatening to restrict the exports of vaccines made within the bloc to deal with the shortfall.

Sanofi's chief executive said the contract with Pfizer was a first in the pharmaceutical industry and it comes after the French firm has delayed the launch of its own jab.

The Germany-based BioNTech will initially produce the vaccines at Sanofi facilities in Frankfurt, starting in July, according to a Sanofi statement.

What are the supply problems?

The EU has ordered 600 million doses of the Pfizer/BioNTech vaccine for use across its 27 member states. But the company was not able to supply the 12.5 million vaccines it promised the EU by the end of 2020, due to supply chain issues.

Pfizer said last week it was delaying shipments for the next few weeks because of work to increase capacity at its Belgian processing plant.

The EU also signed a deal with AstraZeneca in August for 300 million doses, with an option for 100 million more. But the Anglo-Swedish company is also falling behind on its supply target because of production problems.

The AstraZeneca vaccine has not yet been approved by the EU, although the European Medicines Agency (EMA) is expected to give it the green light at the end of this month.

The EU had hoped that, as soon as approval was given, delivery would start straight away, with some 80 million doses arriving in the 27 nations by March.

The head of BioNTech, Uğur Şahin, told the German magazine Der Spiegel that its delay was caused because the EU wrongly assumed that several different vaccines would be ready at once and therefore spread its orders. He also said his company was ramping up its manufacturing capacity.

The EU is desperate to boost its stuttering vaccination programme but there is no quick fix.

Germany is urging Brussels to allow members states to block exports of EU-made jabs - in order to ensure the continent gets its "fair share".

But the EU trade commissioner, Valdis Dombrovskis, suggests it's better, for now, to ask companies to provide more information about where they were sending jabs - rather than blocking them.

This row with AstraZeneca is over a vaccine that the EU is yet to approve.

That is likely to happen at the end of the week, but there are signs it may not be approved for the over 65s because of a perceived lack of efficacy testing within this age group.

The challenge for the EU is to make sure any such decision doesn't look like retaliation amid this increasingly bitter argument.