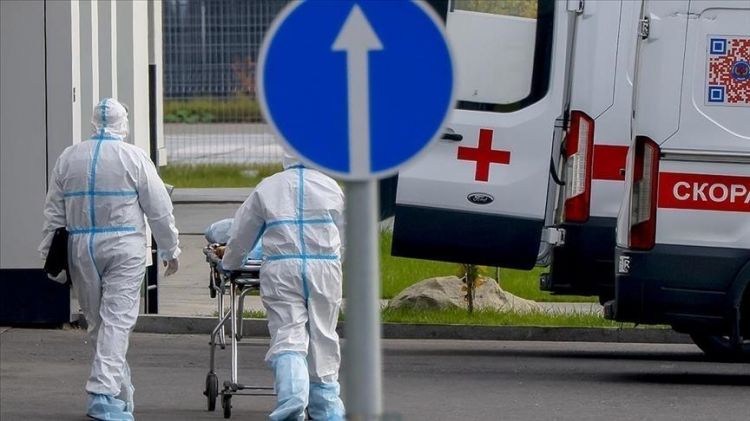 The Russian authorities released on Friday the worst to-date figures of coronavirus cases and deaths for the second consecutive day.
According to the daily report of the country's emergency task force, 32,196 people tested positive for COVID-19 over the past day, taking the active cases to 743,839, and the overall count to 7.92 million.
Over the same period, the virus claimed the lives of 999 people, raising the death toll to 220,314, the report added.
Recoveries went up by 22,268 to reach 6.92 million, it said.
The Russian authorities link the growing number of COVID-19 deaths to the lax vaccination coverage in Russia, where some 43 million people, or 30.71%, have been fully vaccinated – less than half of the figure needed for herd immunity.
Another factor is the onset of winter and the flu-like illnesses that it brings along.
Since December 2019, the pandemic has claimed nearly 4.88 million lives in 192 countries and regions, with more than 239.6 million cases reported worldwide, according to the US' John Hopkins University.