Funeral cat has comforted mourners at over 100 services 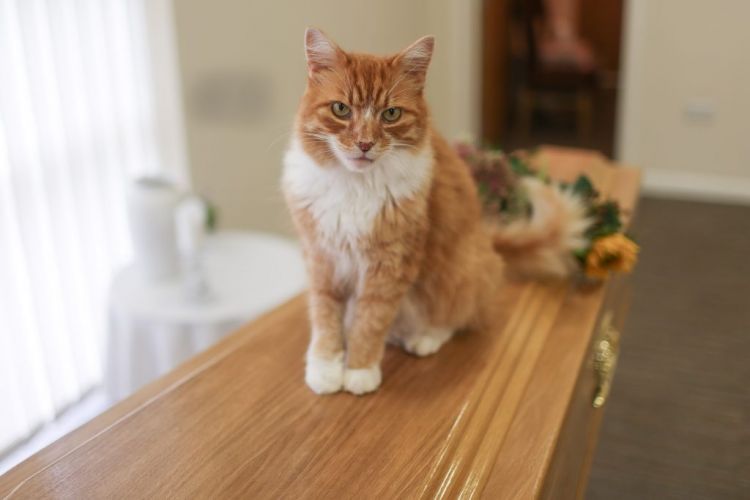 A cat called Paddy consoles bereaved families as they say goodbye to loved ones in the Wirral.
The eight-year-old cat has attended more than 100 funerals and cremations after reportedly developing a “sixth sense” about when to turn up.
The Daily Star says staff at Co-operative Funeral Care in Eastham have given the cat the title of Chief Moggy Mourner.