Erdogan says he wouldn't accept Nobel if he was awarded | Eurasia Diary - ednews.net

Erdogan says he wouldn't accept Nobel if he was awarded 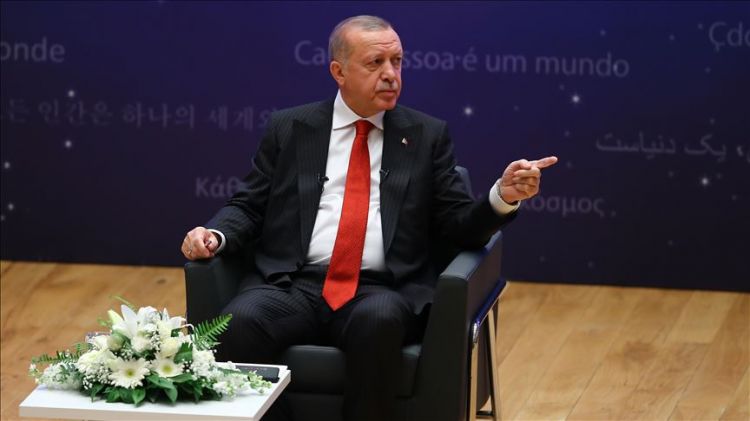 Erdogan’s remarks came after the awarding of the 2019 Nobel Prize in Literature to Peter Handke, an Austrian writer who is accused of denying the 1995 Bosnian genocide.

Speaking at an event held on the occasion of Human Rights Day in the capital Ankara, Erdogan said Turkey also would not participate in the Nobel ceremony, saying “awarding such a killer amounts to complicity in oppression.”

The president described the Swedish Academy as a foundation which acts politically and ideologically.

Erdogan said that he would decline Nobel Peace Prize if he was awarded one day.

Handke is known to be a great admirer of former Serbian leader Slobodan Milosevic, who died in 2006 while facing trial in The Hague for war crimes and genocide.

He claimed that the Muslim Bosniaks in Sarajevo had killed themselves, adding that he never believed that the Serbs had committed genocide in Srebrenica.

Handke also visited Milosevic in prison and tried to testify in his favor.

"I am here for Yugoslavia, for Serbia, for Slobodan Milosevic," Handke said in a 2006 eulogy for Milosevic.

In winning the prize, Handke will also receive 9 million Swedish kronor ($952,000) as well as a medal and a diploma.