American expert - China's BRI project is a direct challenge to global dominance of the US | Eurasia Diary - ednews.net

The loss of the four young men is extremely sad and we share grief of their families – British journalist
Read: 2420

China is well-positioned to once again become the engine for global economic growth and recovery. 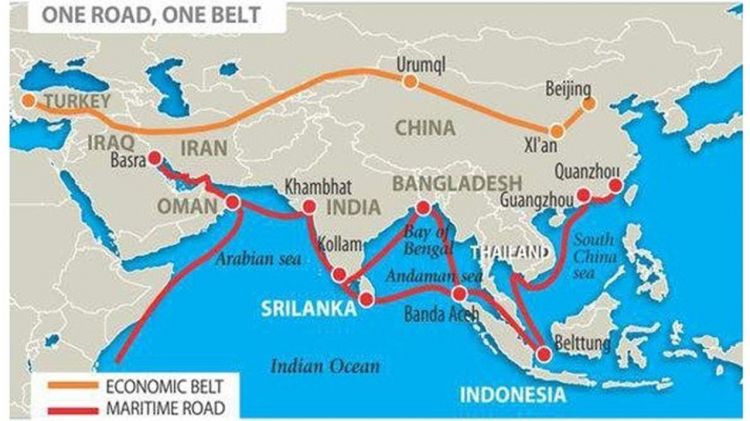 Belt and Road Initiative is global development strategy project of China connecting economically China and other Eurasian countries through overland and seas routes. This initiative was adopted in 2013, which has been taking part in infrastructure development and investments in nearly 70 countries and international organizations.  China, with the promotion of its “One Belt, One Road” project, aimed to play significant and powerful role in the development of Asian countries along with expanding its influence to Africa.

American expert, Dennis Etler gave interview to EDNews.net regarding the role of China's Belt and Road Initiative in the world.

-How could you assess the importance of the China's “One Belt, One Road" policy, which is considered greatest economic and transportation project in the development of Asian countries?

- China's Belt and Road Initiative (BRI) is an extension of China's development policy to include its neighbors and the world in general. It is based on the construction of infrastructure projects that enhance trade and connectivity. The purpose is to help develop emerging markets in a sustainable fashion, allowing the countries involved to modernize and alleviate poverty along lines similar to China's developmental program that has lifted 700 million people out of poverty and created a modern infrastructure consisting of transportation networks (high-speed rail and highway networks), ultra-high-voltage electricity transmission, alternative energy sources, and expanded internet connectivity (e-commerce, 5G networks), coupled with financing institutions such as the Asian Infrastructure Investment Bank (AIIB).

- The US opposes the BRI primarily because they see it as a challenge to their hold on global hegemony. It has invested untold trillions of dollars in setting up an imperialist network of military-bases spanning the globe to enforce its domination of global markets so that although it has only 5% of the global population it can consume 25% of global resources. The US does not seek to develop global markets but to exploit them in order to extract resources while outsourcing production to capture super-profits from cheap surplus labor. The US sees China's BRI as a direct challenge to its continued global dominance.

- How will China play role in the rebuilding of world economy following the end of pandemic?

- The COVID-19 pandemic has exposed all the festering sores and bleeding ulcers of contemporary Western society and accelerated the crisis of capitalism. China's socialist system allowed it to effectively mobilize to contain, control, and eventually eliminate the virus. However, the West has shown that it lacks the capacity to do likewise. It is thus faced simultaneously with a medical health crisis and a devastating economic depression. China, on the other hand, was able to quickly defeat the pandemic within its own borders and is quickly reviving its economy while the West is mired in a prolonged economic downturn that will take years to recover from. China is thus well-positioned to once again become the engine for global economic growth and recovery.