We may list several reasons for why Yerevan could favor such a conflict - Azerbaijani expert | Eurasia Diary - ednews.net

The trilateral statement of 11 January is necessary for economic stability and prosperity in the region - Experts
Read: 378

"Pakistan and Turkey's positions in II Karabakh War was extremely important for us" - Jeyhun Bayramov
Read: 194

Over past three days, there had been major clashes between Armenian and Azerbaijan armed forces at the border of Armenia and Azerbaijan. According to Defense Ministry of Azerbaijan, on July 12-14 Armenian armed units launched provocative attacks to Azerbaijan positions on the state border. But, Azerbaijan armed forces could rebuff enemy’s insidious attacks by the operation of counterattack and it faced significant loses. As a result of provocative attacks by Armenia side, eleven Azerbaijan military personals, including general-major and colonel, and one civilian were killed.

In order to find out main reasons why Armenia has commited provocative attacks on the border with Azerbaijan, EDNews.net portal conducted interview with Rusif Huseynov, the director Baku-based Topchubashov Center.

- Dear Rusif, if we look at two decades of Armenia-Azerbaijan conflict, we could see that the number of major military clashes - 2008, 2010, 2014 and 2016 clashes, occurred in the contact line around occupied Nagorno-Karabakh and seven surrounding regions. Whereas, at this time, major bloody clashes happened on the Armenia-Azerbaijan border in the direction of Tovuz district belonging to Azerbaijan. According to opinions of local and foreign experts, the attacks on Azerbaijan positions at the state border by Armenian armed forces are just provocations. Armenia had intention in these clashes to involve Azerbaijan in the conflict with its ally- Russia and military organization which it is member. What do you think+ it?

Let us use simple logic: had Azerbaijan wanted to wage a war, it would have been quite unreasonable to start it in Tovuz along the uncontested state border and provoke the involvement of CSTO, which guarantees Armenia`s security. Nagorno-Karabakh, the internationally recognized territory of Azerbaijan, would be a more understandable option for such a conflict. In other words, Baku was not interested in the border skirmishes.

In the case of Armenia, we may list several reasons for why Yerevan could favor such a conflict: for instance, diverting the population`s attention from the poor mismanagement of COVID-19 and economic crisis. But provoking fighting in Nagorno-Karabakh would have given Azerbaijan a wonderful chance to advance and liberate the occupied territories. However, Azerbaijan found its actions restrained as these clashes broke out along the state border.

Trying to drag Russia and the CSTO could have been among the expectations of Armenian leadership. Remarkably, Armenia`s provocation along the border took place just a couple of days after the country renewed its national security strategy, which puts strong emphasis on Armenia`s alliance with Russia and the CSTO. Prime Minister Nikol Pashinyan would have been interested to revive this alliance which was affected after his earlier demarches: the persecution of pro-Russian politicians, including former President Robert Kocharyan and the arrest of CSTO secretary general Yuri Khachaturov.

There are also assumptions that disrupting the oil- and gas pipelines that extend from Azerbaijan to Turkey might have been among the targets of Armenia and possibly, of Russia, which might have pushed Armenia into this unfortunate adventure.

- From your opinion, how is the possibility of the involvement of Russia and Turkey into a next Armenia-Azerbaijan war?

Russia and Turkey are already involved in fierce battles in the Middle East and North Africa. Both Syria and Libya have provided ground for proxy wars conducted by Moscow and Ankara. In the case of South Caucasus, the region, which borders Russia and Turkey, any confrontation might certainly turn into a direct conflict, not a proxy war, and produce grave consequences for each belligerent side: possible spillover in Russian and Turkish territories, the involvement of military alliances Russia and Turkey belong to, mutual economic sanctions, all amid the pandemic.

Take into account the personalities and leadership styles of Vladimir Putin of Russia and Recep Tayyib Erdoğan of Turkey: none of them likes to retreat and cast a shadow over their personal authority and country`s might.

In other words, such a conflict cannot and should not break out, if Moscow and Ankara soberly assess the situation, possible outcomes and losses and prevent it. Otherwise, a potential flare-up would lead to a geopolitical catastrophe on a global scale.

- How do you predict the negotiation process on the solution of Nagorno-Karabakh conflict following the border clashes between two states?

Although the “preparing population for peace” announcement in early 2019 brought in some fresh hope and solid expectations on the negotiation process for the solution of the Nagorno-Karabakh conflict, the border clashes crossed them out. The mutual hostile attitude of Armenians and Azerbaijanis came out again and this time in a more acute manner: the Armenian and Azerbaijani communities clashed even outside the South Caucasus, elsewhere in Europe and America, with these clashes taking forms of physical violence or economic boycott.

The 2020 border skirmishes deepened the mutual mistrust and brought fresh wounds, as each side suffered from losses. It became also obvious that any compromise in the negotiation process would cost too much for the authorities, and I do not think, the governments in Baku and Yerevan can afford them now. 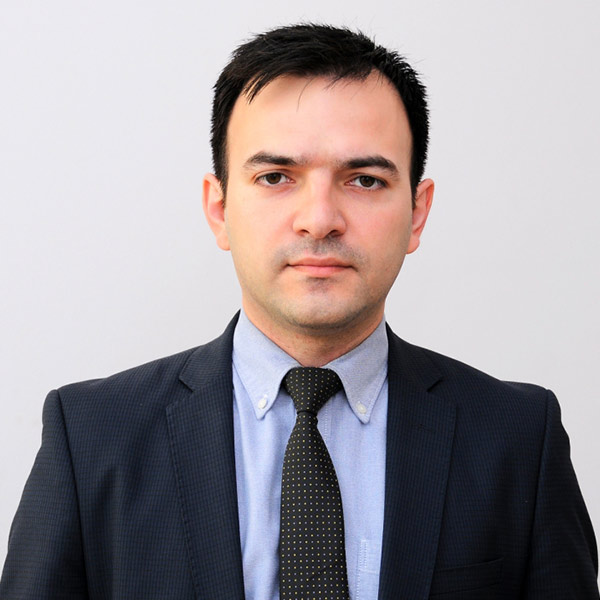