Azerbaijan has right to use its armed forces to take back its legally acknowledged territory - British journalist
Read: 6365 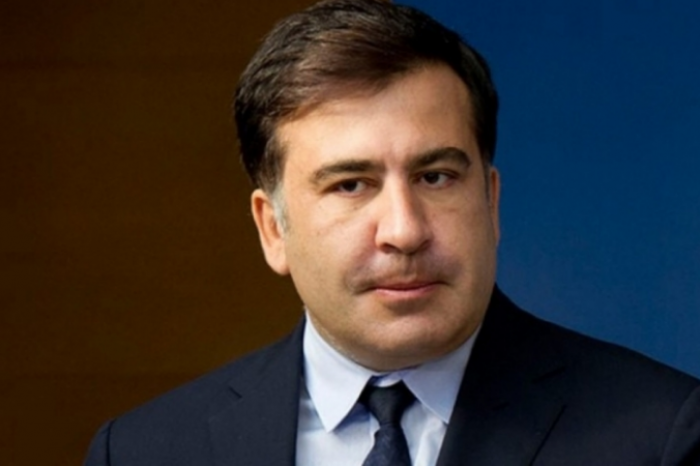 Nagorno-Karabakh is a part of Azerbaijan - Saakashvili
Read: 396

According to the agreement on military cooperation between the governments of the Republic of Azerbaijan and the Republic of Turkey, Azerbaijani and Turkish armed forces hold joint military drills every year. Azerbaijani-Turkish joint large-scale tactical military exercises in our country, especially in the ground and air space, which occurred after border clashes with Armenia, is an significant one in the history of military cooperation between two brother countries.  These joint large-scale military activities involving combat aircraft, attack helicopters, military transport and training flights, according to some experts, would have impacts on the geopolitical situation in the region.

Azerbaijani expert Cavid Valiyev, who is the head of a department at the AIR Center, gave exclusive interview to EDNews.net portal regarding the recent large-scale military exercises by Azerbaijani-Turkish armed forces.

- Turkish and Azerbaijan armed forces have been holding joint air and ground drills for several days in some districts of Azerbaijan – Nakhchivan, Kurdamir, Baku and Ganja. Firstly, how can you appreciate the joint large-scale military exercises of two brother countries? What impacts will it have on the strengthening of stability and peace in the region?

- Military relations are one of the most important areas of Azerbaijani-Turkish relations. The first military agreement was signed in 1992, and then in 1996. However, the first military exercises were held in 2014. This is due to the Agreement on Strategic Cooperation and Mutual Assistance signed between the parties in 2010. This year is the 10th anniversary of the signing of this agreement. Article 8 of the agreement lists the steps to be taken to increase the military-political readiness of the armies of both parties and to integrate their armies to ensure peace and stability in the region. One of them is military exercises. This agreement is the legal basis for exercises between the two countries and is implemented on the basis of an annual plan between the parties.

These exercises are very important in terms of protecting the security of the Azerbaijan-Turkish joint energy and transport projects. The responsibility for the security of these energy and transport projects depends on both countries. In this sense, these exercises are very important for maintaining political and economic stability in the region.

- Armenian authorities, as well as their experts have fear that the joint military drills by Azerbaijani and Turkish armed forces could jeopardize the security of Armenia and the so-called regime in the occupied Nagorno-Karabakh. What can say about this?

- No state other than Armenia objected to these exercises. Objections of Armenia is the result of loneliness after the attack to Tovuz by Armenian military forces. Armenia itself is the threat to regional security because of occupation of Azerbaijan`s territories. If Armenia had not invaded Azerbaijan`s territories, there would be no military exercises in the region now. Instead of being part of regional cooperation like Azerbaijan-Georgia-Turkey Armenia chooses to maintain occupation. As a result of the Armenian occupation, South Caucasus is known one of the unstable regions in the world.

- Such kind of military base can be launched only after bilateral agreement between Azerbaijan and Turkey. Today Azerbaijan policy related to foreign bases is different. That means Azerbaijan doesn`t need any military base in his territories. But if the political-military situation changes in the region, Azerbaijan also will change his policy. I would like to underline another important aspect for the future of Azerbaijan-Turkey military cooperation.  During Tovuz skirmish we witnessed that Azerbaijan side actively used UAVs against the Armenian attack in order to punish enemy. From Syria and Libya, we know that Turkish UAVs successfully accomplished their duties.

Dr. Cavid Veliyev is the head of a department at the AIR Center. He worked previously for the Center for Strategic Studies (SAM) under the President of the Republic of Azerbaijan as a researcher (2009-2015) and afterwards as the head of Foreign Policy Analysis Department (2015-2019). Dr. Veliyev also served as an editor in chief of Caucasus International Journal between September 2017 and January 2019. Between June 2017 and January 2019, he was the representative of OSCE Network of Think Tanks and Academic Institutions. In 2005-2009, he served as the head of the South Caucasus Department at the National Security Strategic Research Center of Turkey (TUSAM). He has authored number of academic and editorial articles. He has co-edited the books South Caucasus: Energy, Geopolitics Rivalry and Territorial Integrity (Ankara, 2011), Turkey-Azerbaijan Relations (Istanbul, 2020) and Azerbaijan Foreign Policy: 1991-2018 (Baku, 2018). He received his Ph.D. in International Relations from Ankara University in 2013. Cavid Valiyev has frequently published on the Caucasus International Journal, Hurriyet Daily News, Cumhuriyyet Strateji, Jamestown Foundation, National Interests, TRT World, Yeni Safak, Anadolu Agency, Karar on Turkey and South Caucasus region. Dr. Veliyev has been awarded “Taraggi” (“Progress” (10 November 2017)) and "100th anniversary of the Azerbaijan Democratic Republic (1918-2018)” Medals by the President of Azerbaijan for his effective role in the socio-political life of the country.