The recognition of Kosovo will not affect conflict-zone areas in any place in the world - Albanian expert | Eurasia Diary - ednews.net

"I can no longer see France, which shines in all its glory" - A moral lesson from a French Muslim woman to Macron
Read: 506

Azerbaijan's liberation of its own territories destroys the previous order in the South Caucasus - Expert
Read: 464

"The beauty of Karabakh is felt when it is united with Azerbaijan" - Umud Mirzayev - VIDEO
Read: 352

Eurasia Diary has conducted an interview with Erdoan Shipoli, expert on international relations, regarding the backdrop of relations between Serbia and Kosovo. 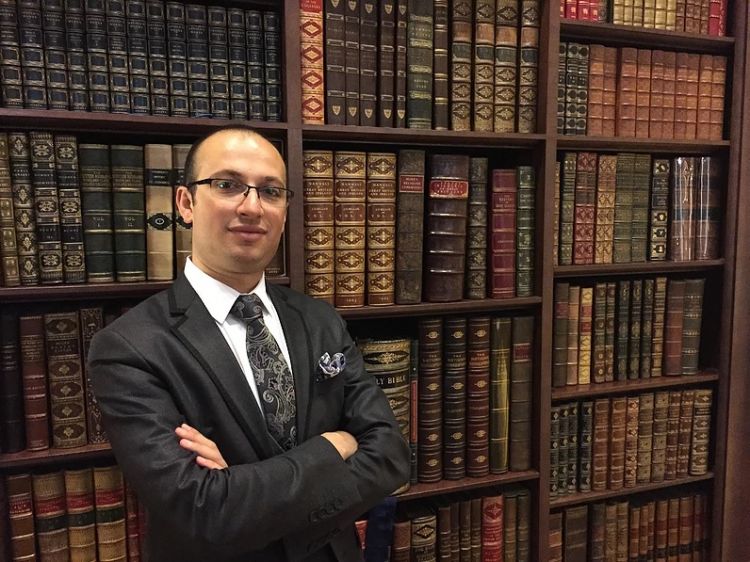 - Serbia has made steps for normalizing relations with Kosovo, with signing previous and recent agreements with Prishtine.  Please tell us, why did Belgrade have decided to choose the dialogue with Kosovo? What forced it to follow this policy?

- The talks were brokered by the EU and because Serbia is ultimately interested in joining the EU, therefore it has to normalize ties with Kosovo. However, this has nothing to do with the United States or this is not a recent development. Now, I question the intentions of Serbia because even though it signed many agreements in Brussels, it didn’t implement those agreements and it didn’t normalize ties with Kosovo. You have to also understand that in Serbia there is maybe half of the population that want to move forward, become an EU member and normalize ties with neighbors. And then there is half of the population who doesn’t want to give Kosovo up, and instead wants to keep relations with Russia not the EU. Aleksandar Vucic right now is joggling with both. Saying that he is going to the negotiations with the EU and then coming back and saying “don’t worry I am not implementing them”. So, I am not sure how these steps will lead to normalization.

- What are political and legal aspects of the independence of Kosovo?

- Kosovo is an independent country recognized by most of the world and 80% of the EU members. In 2010 Serbia sent Kosovo issue to the International Court of Justice to question its legality of independence. The court that Serbia complained at decided that Kosovo’s independence is legal (https://www.icj-cij.org/files/case-related/141/16012.pdf). As for political aspect, Kosovo is recognized by most of the western countries, it has a political functioning system as has started becoming a member of international organizations. It is insane to question Kosovo’s independence out of a federation where 7 countries came out of it.

- EU mediated 2013 and the US mediated 2020 agreements are considered the basis of the establishment of relations between Serbia and Kosovo. Please tell us, what are the main differences of two agreements?

- The EU negotiations are ongoing. There is no one (1) agreement. There are multiple. The problem is with its implementation. The US agreement of this month is very vague. It is not based on anything tangible. The two parties have not even signed the same papers. Whereas the EU agreements are internationally binding agreements. I call the US agreement as “a big, great, nothing, with a cherry on top”. No one knows how those points will be implemented. They didn’t sign the same papers and the same agreement. Most of those points were already agreed upon in Brussels (like the diplomas and certificates, the status of the Orthodox church, etc), and some of those points make no sense, like Kosovo and Serbia pressuring 69 countries to decriminalize homosexuality (most of those countries don’t even recognize Kosovo), or designating Hizballah as a terrorist organization (both Serbia and Kosovo have already designated Hizballah as a terrorist organization).

The problem with the EU agreements is that because of the bureaucracy in the EU they cannot implement those agreements and they cannot take actions such as EU membership, set pathways for both countries, etc.

- From your opinion, how would the recognition of the independence of Kosovo affect conflict-zone areas in the post-soviet areas?

- In my opinion the recognition of Kosovo will not affect conflict-zone areas in any place in the world let alone post-soviet areas. Remember that Kosovo was never part of Serbia but part of Yugoslavia, which it doesn’t exist anymore. Kosovo was an autonomous territory in Yugoslavia, and it is populated by 95% Albanians who were occupied by Milosevic, and atrocities committed.

Kosovo today is recognized as a de facto independent state and since 2010 its legality (please see the link I sent above) has been confirmed by the International Court of Justice. Kosovo is also recognized as sui generis (unique) case that cannot be seen as a precedent for other places.

However, it is my personal opinion that it is the people of those conflict-zones who should decide their free will about where they want to be and if they want to be independent, rather than countries who oppress them.