Documentation of everything in the liberated regions of Azerbaijan is the strongest weapon against Armenian criminal acts - German Expert | Eurasia Diary - ednews.net

Apophis meteor will gently pass by Earth tonight - experts warn it could collide with our planet in future
Read: 6810

Political expert - Russia's any proposal to the West is hypothetical
Read: 880

One has to accept that the South Caucasus does not belong to one culture, one people, one religion, one language alone, but that Christians and Muslims, Jews, Armenians, Azerbaijanis, Udi, Lezgi and so on can live there side by side without negating each other´s culture. 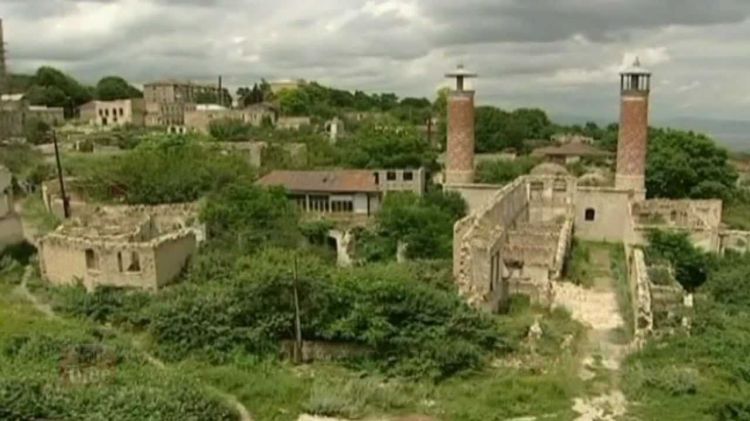 Michael Reinhard Heß, German expert on the history of the South Caucasus and the Ottoman Empire, gave exclusive interview to Eurasia Diary portal.  In his interview, he touched upon issues related to the consequences of Armenian occupation and its aggression, Armenian falsification and the possibility of the peaceful co-existence of Armenian and Azerbaijani communities in Nagorno-Karabakh.

Michael Reinhard Heß (*1967, PhD Mainz 1997, habilitation Berlin 2005), lives in Berlin and currently works as a research assistant at the University of Giessen (Germany). His scholarly interests include Ottoman, Turkish and Azerbaijani history, literature and language.

- Mr Reinhard Armenian occupation finally ended in Karabakh. The territorial integrity of Azerbaijan has been restored. But, unfortunately, Armenian vandalism hasn’t vanished and still remains in our soil.  The cities, settlements and villages of liberated districts, Fuzuli, Jabrayil, Zangilan and Aghdam were razed to the ground. All historical monuments and cultural centers in these areas as well as in the city of Shusha were entirely destroyed. Even our cemeteries were desecrated. As historian, please tell us, what reasons forced Armenians to commit such barbarity against cultural and historical heritage of Azerbaijani people?

- As for the Armenian occupation, I am really not sure whether one say that it ended. There are still Armenian troops on Azerbaijani soil. According to my information, the November 10 agreement, which ended the warlike activities, did not regulate the future status of Nagorno-Karabakh. Similarly, President Putin stated in his November 17 interview that “the final status of Karabakh is not regulated”. To my eyes this looks as if de facto some of Azerbaijan´s regions are still under foreign occupation and subject to the influence of foreign powers. So, on the political, diplomatic and legal level questions still remain. Will Armenia really put up with the results of the Autumn War? Will Russia keep up its role as a provider of peace-keeping forces? What will happen if, due to some reshuffling of the geopolitical situation, the position of Russia and Turkey, as two countries who play an important role in the Nagorno-Karabakh issue, changes? Both countries are of impressive military strength but laden with internal (economic and political) and external problems. Also, the whole region around Azerbaijan and Armenia is politically highly unstable for a number of reasons. Azerbaijan breathes again after having regained control over significant parts of its own state territory, but the conflict still has potential for new eruptions. You should be on guard.

As for the destructions in Shusha, Aghdam and other places – I was shocked by the images, reports and videos about them. I have to admit that I would not have imagined the scale of devastation left behind by the Armenians especially in Ağdam. As for the reasons – well, you know, that is a question you should ask the ones responsible for those acts. They might tell you. My tentative interpretation of these acts would be that the destruction of cultural sites, such as mosques, theaters, museums etc. does not happen for immediate strategic, military reasons. They are part of a concept, in which the destruction of the enemy´s culture, the denial of his cultural presence in a given place is part of a long-term strategy that aims at the elimination and annihilation of his cultural heritage, which in turn is probably perceived by the perpetrators to help them in their claims to occupy this place. This is a strategy known from other conquests as well. The basis of this long-term strategy is disrespect for the other´s culture. Those who act in this way think that there should only be one culture – their own – on that territory, and that all “foreign” cultural elements should be eliminated in order to create a “pure” (Armenian) cultural space. This “purist” vision is not able to accept the reality of other cultures, religions, and sometimes even languages on the ground. If you continue to believe that you have to destroy the “other”´s culture in order to realize your dream and enjoy your own “purified” cultural space, then barbarous acts like the one we talk about will happen over and over again. So, in order to avoid acts like these, one has to accept that the South Caucasus does not belong to one culture, one people, one religion, one language alone, but that Christians and Muslims, Jews, Armenians, Azerbaijanis, Udi, Lezgi and so on can live there side by side without negating each other´s culture.

- Do you think that historians from all parts of the world should be invited to visit liberated territories and witness Armenia’s policy on the annihilation of cultural and religious heritage of other nations?

- Do you think that the annihilation of all Azerbaijani religious and cultural monuments in the city of Shusha is brutal crime against Islamic world?

- I have not been to Shusha myself, so I do not have the overall picture of the destructions. Also, I am not an architect or art historian, so I do not understand the full significance of all acts of destruction. If acts of cultural vandalism are committed against Azerbaijani Muslim sites, it may be difficult to tell whether they were committed against Azerbaijanis or Muslims first. Some Armenian hate texts explicitly vilify the Azerbaijanis because they are “Turks”, i.e., not primarily according to a religious criterion.

- Maybe you know  that Churches in Karabakh, which had been built in the period of mediaeval ages, belong to Caucasian Albanians. It is one of them located in Kalbajar district of Azerbaijan. However, Armenians have always tried to falsify the history of Albanian Churches by changing their inscriptions and descriptions. Unfortunately, there is miserable situation that international community still consider these Churches belong to Armenians. Please tell us, what works should our historians carry out to expose Armenian falsification and set out historical affirmation on Albanian Churches in Karabakh?

- I am the wrong person to address this question to, because I actually cannot tell an Armenian from an Albanian church. Let this complicated and intriguing question be discussed by archeologists, art historians and others who are more competent. As for stone inscriptions, without wishing to state anything about the inscriptions on the ground (which I have never seen and which I am also not competent to analyze), they seem to be a rather problematic starting-point for historical analysis. As there is no organic matter in them, how can you actually know when or by whom they were created and/or falsified? Remember the very, very long history of falsifications in Europe, the alleged Donation of Constantine, the “True Cross” of the Christ, and all those fake charters from the Middle Ages etc. As a historian, the first thing to ask yourself if you look at a source is whether it is likely to be a fake. In some cases, it took hundreds of years to unveil falsifications, and this was so even when there was organic matter (the age of which can be guessed at by using radiocarbon dating, which is of no use with stone inscriptions). Considering the tiny number of people who know Old Armenian (Grabar), Parthian, Persian, Albanian and all the other languages you need and who are sufficiently familiar with the ancient history of the South Caucasus, it might take decades before the major historical disputes are settled. Let me add at this point that I think that a clear separation between historians´ scholarly work and politics is essential. Otherwise, you will never escape the tradition of politically determined (pseudo-)historiography. This kind of pseudo-historiography has been very popular in the Soviet Union, and it had (and still has) devastating effects on the Soviet and post-Soviet societies. To my mind it is one of the major reasons for all the suffering and death that have happened in Azerbaijan from 1988 onward.

- Do you see possibility for the cultural co-existence of Azerbaijani and Armenian communities in Nagorno-Karabakh in future?

- Yes, I do, and I think this is the only chance for a lasting peace. Armenians who have been living in Nagorno-Karabakh or other parts of Azerbaijan without coming to the country as invaders have a natural right to live there. It is one thing to live in a place and another to want to rule it. I understand that many Azerbaijanis cannot imagine how they should tolerate the presence of Armenians in their neighborhood after all that has happened. This is a natural way to feel. However, if you a born in a place, you have a right to live there. Azerbaijan is a tolerant and multi-ethnical country which does not discriminate its citizens according to their religion, language, or ethnicity. Therefore, in principle, I do not see why Armenians and Azerbaijanis should not be able to coexist in Nagorno-Karabakh. They coexist in other parts of Azerbaijan as well! Also, do not forget that Azerbaijanis and Armenians were getting along with each other before 1905 and during much of the Soviet era without major clashes. There have been intense cultural contacts between Armenians and Azerbaijanis in the past. This does not mean that they had to love, embrace and kiss each other all the time, but they were able to get along with each other pretty well. Remember Ashiq Pari and Mirzejan bay Memmedov, for instance. They attacked each other with poems, not with weapons.