The loss of the four young men is extremely sad and we share grief of their families – British journalist
Read: 1330

Open Skies Treaty to collapse if US talks allies into quitting it
Read: 444

Hubble captured a sculped galaxy that is moving away from us
Read: 391 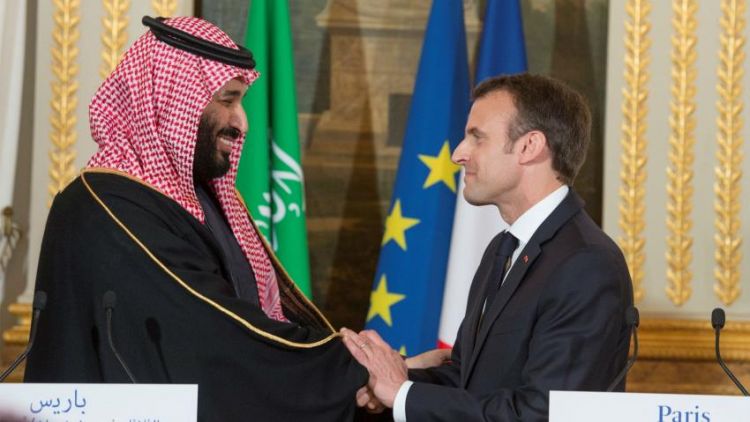 French President Emmanuel Macron said Thursday he would raise the killing of journalist Jamal Khashoggi with Saudi Crown Prince Mohammed bin Salman on the sidelines of the G20 summit.

"I will no doubt have the opportunity to mention it with the crown prince on the margins of the summit," Macron told journalists in Buenos Aires.

Macron also said he had called a meeting to coordinate the views of European G20 leaders on policy challenges ahead of the summit, which begins Friday.

In a tweet later, he said they would also discuss the fallout from Khashoggi's murder.

"I have always been clear with Saudi Arabia. It will be one of the subjects we will talk about among Europeans. I wanted us to have a coordination meeting before the opening of the G20 on this subject and all the challenges at the summit."

The de facto Saudi ruler arrived in Argentina on Wednesday, bidding to shrug off international outrage over the October 2 murder in the Saudi embassy in Istanbul.

The journalist was strangled and then dismembered in what Saudi Arabia said was a "rogue" operation - though CIA analysis leaked to the US media appeared to implicate the crown prince.

The meeting comes as Argentina moves forward a complaint by human rights activists against Prince Mohammed.

The prosecutor was requested by Human Rights Watch to take action against the crown prince while he is in Argentina for alleged crimes against humanity.

This relates to the bloody war in Yemen, which Prince Mohammed in accused of instigating, along with his alleged involvement in the murder of Khashoggi.

Yemen's war has left at least 10,000 dead, according to the UN, with millions at risk of death from famine due to the conflict and blockade.