'We believe that such meetings are positive' - Azerbaijani MFA's statement on Washington meeting of FMs | Eurasia Diary - ednews.net

Unknown fighter jets tried to attack the Russian air base in Syria
Read: 1714

'We have no secret' - Putin reveals he informed Medvedev about government resignation
Read: 597 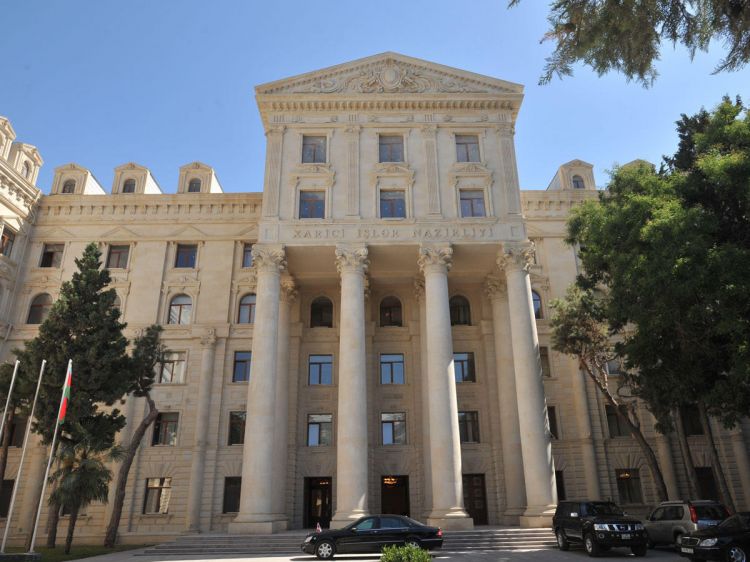 In Washington, during a meeting of foreign ministers of Azerbaijan and Armenia, the implementation of the agreements reached following the results of the previous ministerial meetings in Paris and Moscow was discussed, Trend reports.

MFA reports, that the Azerbaijani side expresses its gratitude to the United States as co-chair of the OSCE Minsk Group for organizing a meeting of the foreign ministers of Azerbaijan and Armenia on June 20 in Washington in continuation of earlier meetings in the same format in Paris and Moscow.

"We believe that such meetings are positive and contribute to advancing the negotiation process. The main topic of the meeting, which lasted for more than three hours, was the implementation of the agreements reached following the results of the previous ministerial meetings in Paris and Moscow. At the Washington meeting the co-chairs submitted proposals for consideration of the both sides the results-oriented proposals aimed at advancing the process of peaceful resolution of the conflict. A common agreement was reached to hold the next meeting in the same format in the upcoming month", noted the press service.