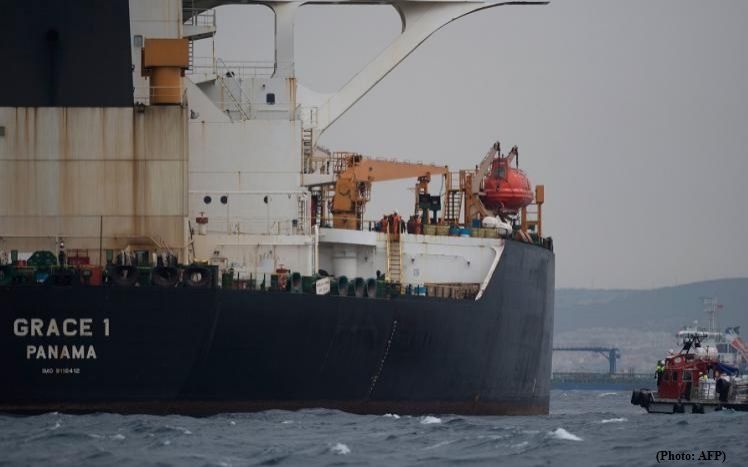 Gibraltar police released on Friday the four crew members of the Iranian Grace 1 tanker that Britain had impounded last week on suspicion of breaching EU sanctions against Syria.

The crew were released on bail and without charge, Asharq Al-Awsat reports.

Gibraltar police said earlier on Friday that they had arrested the two second mates from the tanker, a day after the vessel’s captain and chief officer were arrested.

In a statement, the police said all four crew members were granted bail with conditions. It did not elaborate, but said the investigation was ongoing and that the Grace 1 continues to be detained.