Peace, prosperity and stability in Azerbaijan is significant for the true realization of international projects and UN 2030 Agenda - Qaiser Nawab
Read: 1043

Esper says US troop levels in Afghanistan to go below 5,000 by end of November
Read: 615

The next video conference about "Wonder Woman" at "Azerbaijani Ladies Club - PHOTOS
Read: 593 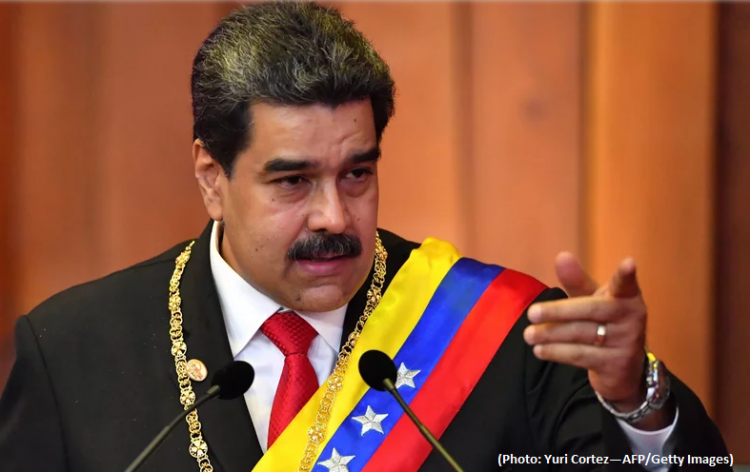 Embattled Venezuelan president Nicolas Maduro has written a letter to the United Nations High Commissioner for Human Rights, Michelle Bachelet, to reject the content of a report in which Bachelet highlighted "patterns of violations of all human rights" at the hands of the Venezuelan state.

The letter is dated July 11, and states that Bachelet "presented a report plagued by false statements, misrepresentations and mishandling of data and sources".

Maduro had previously accused Bachelet of bias following the publication of the report on July 4, but this is the first time the president has reacted at such length and detail.

The letter is five pages long. It accuses Bachelet of conducting the vast majority of fact-finding interviews outside of Venezuela, and emphasizes the role of US economic sanctions in its humanitarian crisis, CNN reports.

The letter also "demands a full rectification and correction of the grave errors" on behalf of Bachelet's office.

Stating that Bachelet "sidelined with those who act against our people", Maduro wrote that the report "damaged the efforts by the Venezuelan states to normalize the relationship with the Commissioner's Office."

Two members of Bachelet's staff have been temporarily deployed to Venezuela to monitor human rights issues at Bachelet's request.

The Office of the High Commissioner for Human Rights has not yet issued a response to the letter.