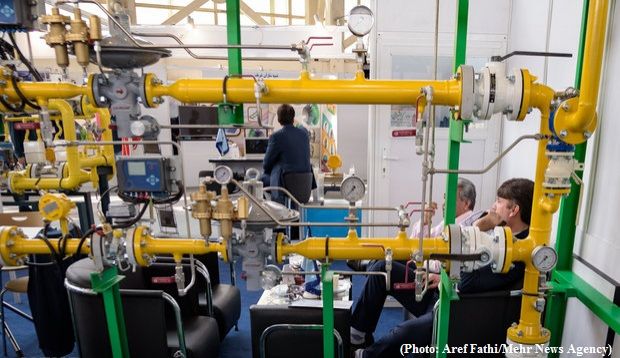 Iran is ready to establish a mutual fund for the purpose of expanding scientific and technological collaboration with Russia, announced head of Iran National Innovation Fund on Friday, Mehr News reports.

Ali Vahdat, President and Chairman of the Executive Board of Directors of Iran National Innovation Fund announced the country's preparedness to establish a mutual Fund for the purpose of expanding innovation collaboration between Iran and Russia. He also mentioned mutual credit line as a means to support further collaborations.

In his speech at International Industrial Trade Fair (INNOPROM) in Russia, the chairman mentioned Iran- Russia ties, and the potential for further innovation collaborations between the two sides.

“Iranian startups and knowledge-based firms (KBFs) have shown great capabilities in the field of biotechnology, IT and nanotechnology. Now they are joining International firms’ value chain," he added.

“Iran and Russia have a long history in trade cooperation and now Iranian startups and KBFs are ready to be involved in both trade and innovation collaboration," he maintained.

He went on to add, "a necessity for international cooperation is effective financing. Iran National Innovation Fund with its strategic partners, research, technology and innovation Funds (RTIs), is the key finical supporter of startups and KBFs in the innovation ecosystem."

"Together with the delegated of four of these RTI funds we are here to announce to Russian firms that their Iranian counterparts are fully supported by us. We have a variety of financial instruments that could help firms with their commercialization. Establishing a mutual fund and credit line is also another instrument that could be utilized to further support these firms," he added.

Vahdat further hoped these small steps could pave the way for further joint projects in the future.

Iran took part at the International Industrial Trade Fair (INNOPROM 2019) in Jektarienburg, Russia, with a delegation headed by Vice President for Science and Technology Sorena Sattari and comprising representatives of 70 knowledge-based firms, specialized in the fields of medicine, electronics, medical equipment, energy, and handicrafts.