A total of 69,496 arrests were made over past three years, while 5,778 terrorists were neutralized, says interior minister 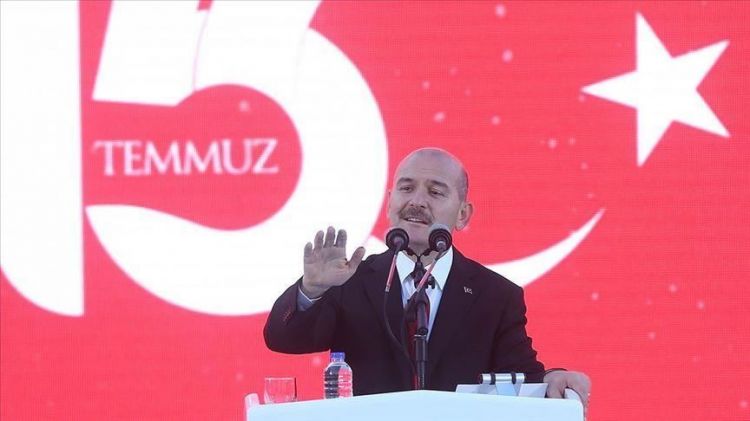 Turkey carried out more than 300,000 counter-terrorism operations since the failed coup attempt on July 15, 2016, the country's interior minister said on Monday.,

Speaking at a dinner hosting the families of veterans and martyrs who fell victim to the failed coup, Suleyman Soylu said Turkey lost many martyrs over the years in its fight against traitors and terrorists who aimed to divide the country with a total of 324,243 operations conducted in three years.

Soylu said a total of 69,496 arrests were made against all terrorist organizations over the past three years, while 5,778 terrorists were neutralized.

"This country has suffered a lot from betrayals," Soylu said.

"Whatever you call terrorism and to whatever source you attribute it, we will eliminate terrorism from these lands and we intend to make Turkey the world's safest country," he said.

Read: 'I hope, we will produce S-400 together with Russia ' - Erdogan announces