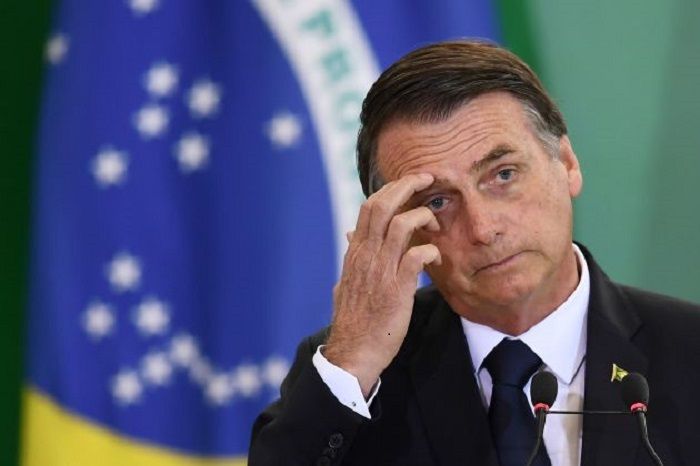 Brazil's President Jair Bolsonaro said Friday there was no hunger in the country, citing the lack of rail-thin poor people in the streets as proof, writes The National.

Speaking to foreign journalists, Mr Bolsonaro blamed "populists" for propagating "a big lie" that some of Brazil's 209 million people did not have enough to eat.

"There is no hunger," the far-right leader said, noting Brazil "was rich in practically every type of crop".

"You don't see poor people in the street with bone-thin bodies like in other countries.

"To say that there is hunger in Brazil is a populist discourse to try to win popular sympathy, nothing more than that."

But after widespread coverage of his remarks and social media criticism, Mr Bolsonaro backtracked, saying that "Brazilians eat poorly. And some people are hungry.

"And that is unacceptable in a country as rich as ours, with as much arable land as we have and more than enough water."

But "we have diet problems here in Brazil. We have them, it's not my fault, and that was here before I was," Mr Bolsonaro stressed.

Often dubbed the "Trump of the tropics," Mr Bolsonaro slammed the reporting as "fake news."

In a recent interview with O Globo, Rodrigo Maia, the powerful head of the lower chamber of Congress, accused Mr Bolsonaro of showing no concern for the poor.

Mr Bolsonaro also told the foreign journalists that he was skeptical of reports of increased deforestation of the Amazon rainforest.

The president is suspicious of foreign interest in the rainforest, seeing control of the region as an issue of national sovereignty.

"With all the devastation that you are accusing us of doing ... the Amazon region would already have been extinguished," he told the reporters.

However according to Brazil's National Institute for Space Research (INPE), satellite data shows Amazon rainforest deforestation has increased 88 per cent in June compared to the same period one year earlier.

Mr Bolsonaro said he has called on the head of INPE "to come to Brasilia to explain the data that was released to the press."

Furthermore, Mr Bolsonaro slammed as "disinformation" news that Brazilian farmers are heavy users of toxic pesticides - an issue that could create problems for a free trade agreement between the South American Mercosur trade bloc and the European Union.

"Brazil is the country that least uses toxic pesticides because if we were selling poison, you wouldn't be buying. I'm surprised by this disinformation," he said.