"I won't change. Acccept who I am" - Kassym-Jomart Tokayev in interview | Eurasia Diary - ednews.net

'We have no secret' - Putin reveals he informed Medvedev about government resignation
Read: 363

"I won't change. Acccept who I am" - Kassym-Jomart Tokayev in interview 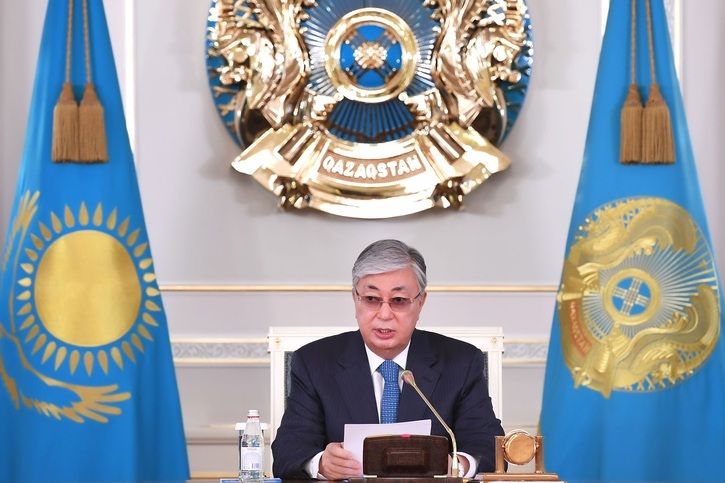 President of Kazakhstan Kassym-Jomart Tokayev in the interview with Russian journalist Aleksey Pivovarov said that he is not going to change himself, Tengrinews.kz reports.

The documentary film "President 2.0" was screened on the Channel 31.

"I am going to keep my character. I am told that I don’t have enough liveliness, the character of a relaxed person, and that I am a person in a jacket, that I am a real civil servant. But I said no, I am not going to change myself,” Tokayev said.

“Accept me who I am. I all the time serve in the state service since 1975, when I graduated the Moscow State University of Foreign Affairs. Certainly, I wear jacket to the work. I do not know how thing are going in the Moscow State University of Foreign Affairs. I used to wear a jacket before entering the university, because students were required to wear a jacket and a tie that times,” the President tells in the interview.

The head of state also commented on Internet shutdown in Kazakhstan and told about the Georgian police reform.

The government of Georgia ended up sidelining thousands of existing officers, hiring and training a new cadre, and dramatically increasing their salaries.