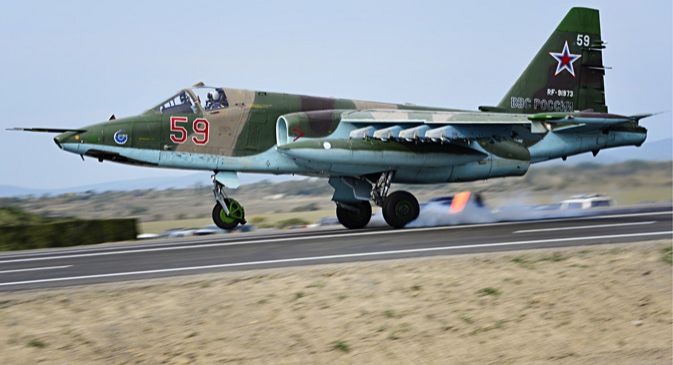 "The Russian planes delivered a missile strike against targets simulating notional armor and the amassment of illegal armed formations. The pilots also practiced overcoming air defenses by performing anti-missile maneuvering. The flights were conducted at speeds of 700 to 750 km/h and at an altitude of 300 to 3,000 meters," the press office said.

The military exercises dubbed Sary-Tash-2019 kicked off in Kyrgyzstan on July 18. They involve 600 troops and over 100 items of military hardware. The drills practice blocking and destroying militant intruders.