Over 40 ships will take part in the parade in celebration of the Russian Navy Day, along with over 40 aircraft and helicopters, as well as over 4,000 servicemen 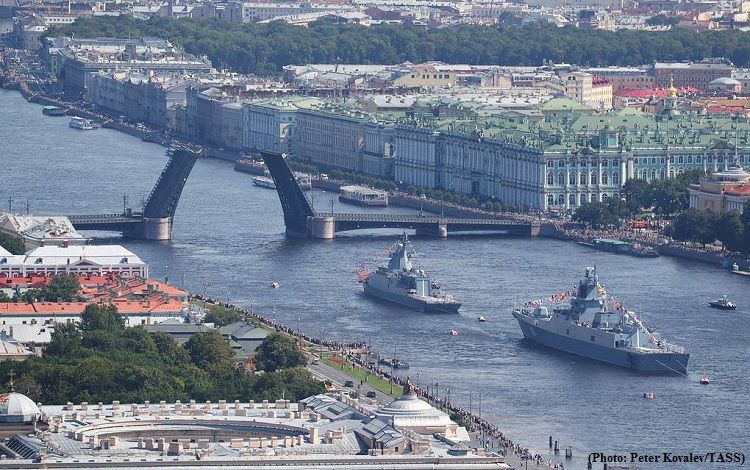 China's destroyer Xian and India's frigate Tarkash will take part in the military maritime parade that will be held in St. Petersburg on July 28. the Russian Defense Ministry said on Monday, TASS reports.

According to the Krasnaya Zvezda newspaper, over 40 ships will take part in the parade in celebration of the Russian Navy Day, along with over 40 aircraft and helicopters, as well as over 4,000 servicemen.

Among ships that will take part in the parade are the newest Project 22350 frigates Admiral Kasatonov and Admiral Gorshkov, Project 677 submarine Kronstadt, cruiser Marshal Ustinov and nuclear-powered submarine Smolensk.

Among aicraft that will take part in the parade are Su-33 and MiG-29K fighter jets, Su-30SM fighter, anti-submarine warfare aircraft Tu-142 and Il-38N, and multipurporse amphibious aircraft Be-200.