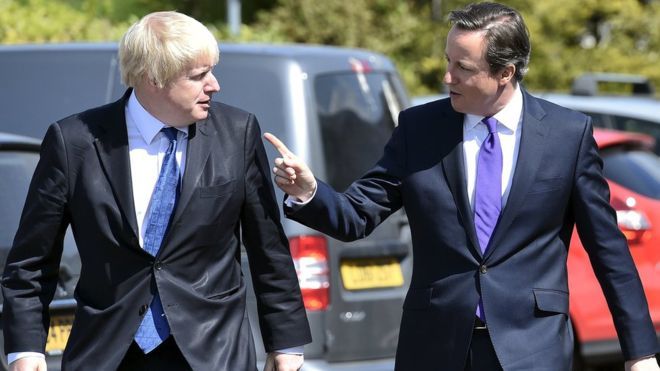 Boris Johnson did not believe in Brexit during the referendum campaign and backed Leave "because it would help his political career", says David Cameron, BBC reports.

In an extract from his memoir published in the Sunday Times, the former PM also refers to cabinet minister Michael Gove as "a foam-flecked Faragist".

The pair were "ambassadors for the expert-trashing, truth-twisting age of populism", Cameron writes.

And he also accuses Gove of being disloyal to himself and Johnson.

Of his former colleague, Cameron writes: "One quality shone through: disloyalty. Disloyalty to me - and, later, disloyalty to Boris."

The latest revelations come after another extract published on Saturday accused the pair of behaving "appallingly" during the 2016 referendum campaign.

Cameron writes that when deciding whether to back Leave or Remain in the campaign, Johnson was concerned what the "best outcome" would be for him.

"Whichever senior Tory politician took the lead on the Brexit side - so loaded with images of patriotism, independence and romance - would become the darling of the party," he says.

"He [Johnson] didn't want to risk allowing someone else with a high profile - Michael Gove in particular - to win that crown."

The former Tory leader adds: "The conclusion I am left with is that he [Boris Johnson] risked an outcome he didn't believe in because it would help his political career."