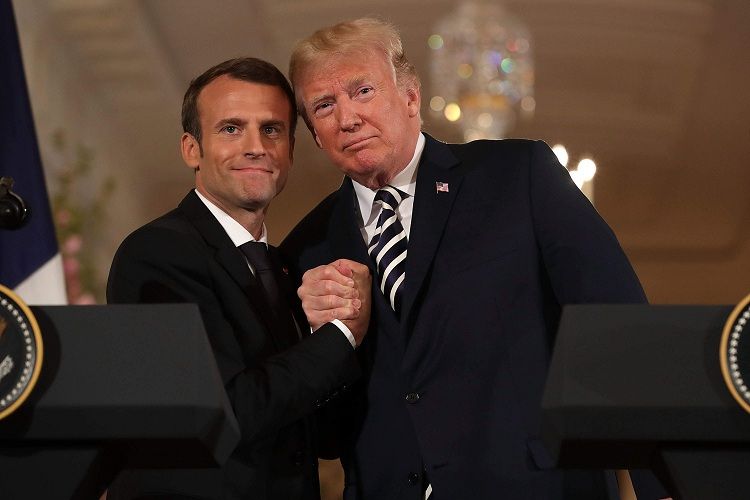 French President Emmanuel Macron spoke by phone with US President Donald Trump about the Turkish offensive in northeastern Syria, calling for the need to stop the invasion as quickly as possible, Sputnik News reports.

During the phone call Macron "stressed the need first and foremost to prevent any resurgence of Daesh in the region, to support those who fought on the ground with us against the terrorists and to protect the civilian population," according to the Elysee Palace.

"To this end the President of the Republic recalled the need to stop the Turkish offensive as soon as possible," the statement reads."France and the United States, which share common concerns, will coordinate closely in the coming days."

Turkey views the SDF in Syria as an extension of the Kurdistan Worker’s Party, which has been classified by Ankara as a terrorist organization.

The Turkish move has been condemned by a vast majority of the international community, including the United States, the EU and the Arab League.

French President Macron also condemned the Turkish operation, describing it as "the unilateral military offensive."The Turkish Foreign Minister, Mevlut Cavusoglu, explained that the operation was launched under Article 51 of the UN Charter and UN Security Council Resolutions on the fight against terrorism.