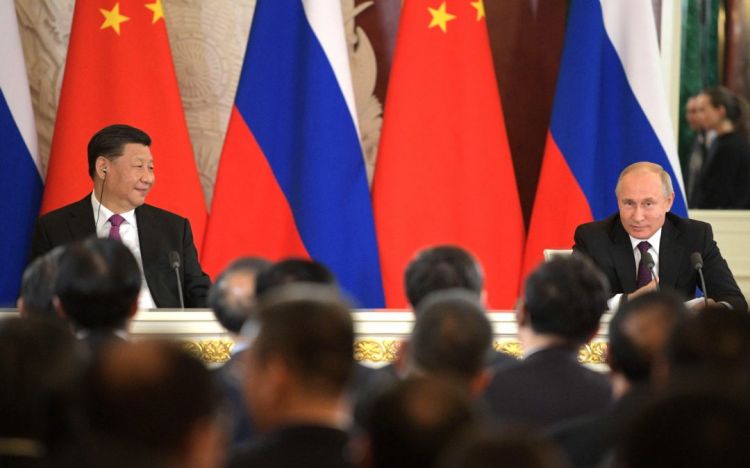 According to the Russian security chief, Moscow and Beijing continue cultivating partnership in full compliance with key interests of the two countries. "Major goals on further boosting Russian-Chinese strategic partnership are clear to us. We plan to continue trust-based and comprehensive dialogue on a whole range of security issues," Patrushev said.

Patrushev noted that intensive and trust-based contacts at a high level have been a vital and reliable pillar of the entire Russian-Chinese strategic partnership, which have enabled the sides to effectively control the implementation of designated plans and "timely coordinate steps on topical international issues, including given the American factor."

The cooperation between Russia and China has become one of "key factors of maintaining international security and stability and establishing a multipolar world order, democratizing global governance mechanisms and ensuring the rule of international law," Patrushev stated.

In his turn, a member of the Politburo of the Chinese Community Party's Central Committee, Yang Jiechi, noted that a joint Russian-Chinese statement on developing strategic cooperation, signed this June, outlined new goals for Russian-Chinese close cooperation in ensuring strategic security. According to him, amid current unstable international climate, Moscow and Beijing should step up cooperation in order to jointly counter external threats and foreign meddling. He stressed that joint consultations were "a vital mechanism" for ensuring this cooperation.

A joint statement signed by Russian President Vladimir Putin and Chinese leader Xi Jinping on June 5 in Moscow says that Russian-Chinese cooperation in security field is aimed at ensuring national security of the two countries and creating favorable conditions for their sustainable development as well as efficiently countering various traditional and new challenges and threats in security sphere.".