Trump claims Russia created hypersonic missile after receiving info about it from US
Read: 450

The Azerbaijan Army is ready to suppress any provocations of Armenia and undertake strong retaliatory actions - Defense Minister
Read: 223 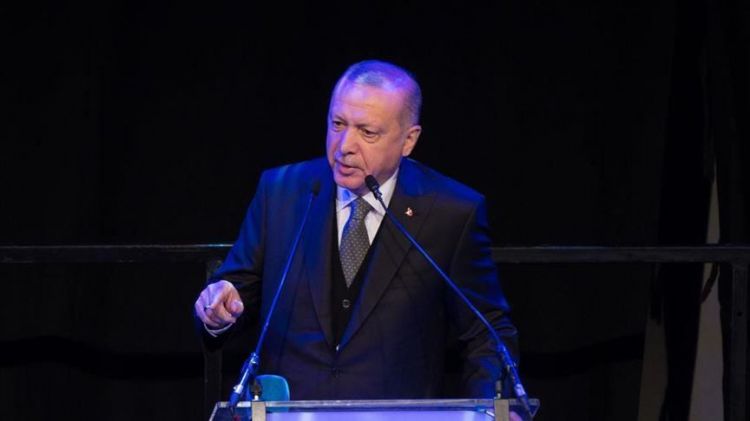 Turkey's president on Wednesday condemned those who use the word 'Islam' as an adjective to describe terrorism, Eurasia Diary reports citing Anadolu Agency.

“Islam is a religion of peace,” Recep Tayyip Erdogan said during an event at a venue in east London organized by the AK Party’s UK branch presidency where he and First Lady Emine Erdogan met representatives of the Turkish community following a NATO summit in London.

Underlining that racism, discrimination, anti-Semitism and hostility towards Islam have recently increased in Europe, Erdogan said far-right movements are mostly targeting Muslims and the Turkish community.

“The last European Parliament elections have once again demonstrated that identity politics is becoming increasingly dominant in Europe,” he said, adding the media and some politicians have deepened these prejudices with their irresponsible statements.

“Those who think they can discipline Turkey with terrorism and blackmail are embarrassed after failing to achieve their target.”

He added that Turkey is “independent in its foreign policy” and does not seek approval of operations for its own security.

Turkey will not leave the Operation Peace Spring area in northern Syria until it is cleared of terrorists, he underscored.

He also criticized the EU for failing to fulfill its pledge to financially support Turkey for refugees it hosts.

On bilateral relations between Turkey and the U.K., Erdogan said the deep-rooted cooperation between the two countries is developing day by day and is getting stronger by acquiring new dimensions.

He stressed that the bilateral trade volume between Turkey and the U.K. reached $18.6 billion in 2018.