Putin - 'We see how an array of Western countries are resorting to pressure, intimidation and blackmail of sovereign African governments'
Read: 908 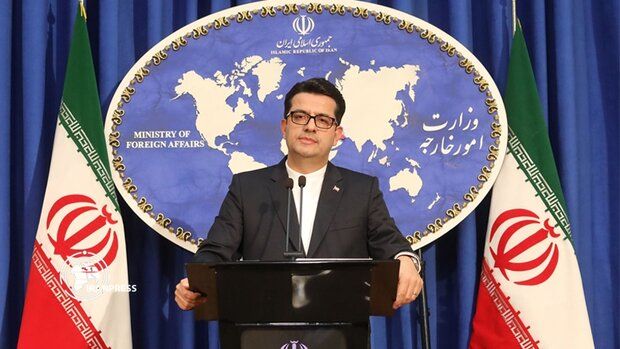 “Japan is a friend country that seeks to meet all the interests of the countries in the region and in this regard, it has started taking some measures for which Iran announces support,” Mousavi said, Eurasia Diary reports citing Mehr News.
“Japan has proposed some suggestions to reduce the tensions and we hope President Rouhani’s visit to Japan would be a fruitful and improving one,” he added, referring to the warm ties between the two countries and that Japan stood among fixed customers of Iranian oil which was obliged to withdraw from purchasing due to US sanctions.
The Iranian official reiterated the importance of developing relations with neighboring countries for Iran.
The meeting between Japanese Prime Minister Shinzo Abe and Iranian President Hassan Rouhani in Tokyo has been finalized on Dec. 20, Japanese-based Daily ‘Japan Times’ reported.
Japan and Iran are making final arrangements for their leaders to hold talks on Dec. 20, a source close to bilateral relations said Wednesday, according to the daily.
Iranian President Hassan Rouhani is planning to arrive in Japan on the evening of Dec. 19 for a three-day visit after stopping in Malaysia, where he is expected to attend a conference, the source said.
Prime Minister Shinzo Abe has said his government wants to help ease tensions in the Middle East, according to the paper, adding that during a news conference in Tokyo on Monday he confirmed that Rouhani’s visit was being arranged but did not give a date.
In early December, Iranian Deputy Foreign Minister Abbas Araghchi and Iran’s special envoy in Tokyo in a meeting with Japanese prime minister informed the imminent visit of President Rouhani to Tokyo.
Japan has long maintained friendly ties with Iran. Abe visited Iran in June as the first Japanese leader to do so in about four decades.
If Rouhani’s visit is realized, it would be the second visit to Japan by an Iranian president since the victory of the Islamic Revolution in Iran in 1979.
Iran used to be a major crude exporter to Japan before the United States imposed illegal sanctions against the country's oil exports.