If Haftar attacks, Turkey will teach him lesson - Erdogan warns 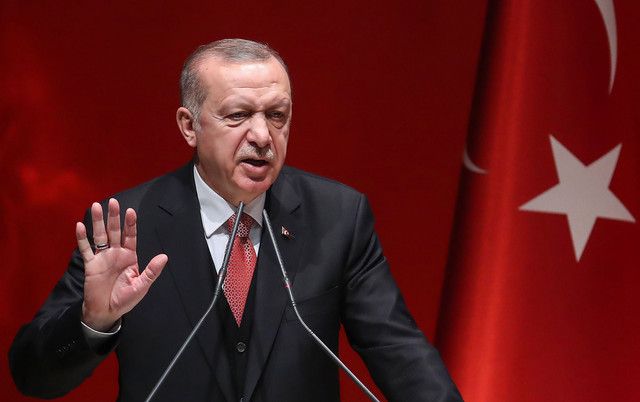 Erdogan said Haftar had "run away" from Moscow after Monday's peace talks between him and the head of the Tripoli-based government, Fayez al-Sarraj, failed to lead to a ceasefire to end nine months of fighting.

Sarraj signed the ceasefire agreement but Haftar left Moscow without signing the accord, asking for more time to consider the matter.

"If the putschist Haftar's attacks against the people and legitimate government of Libya continue, we will never refrain from teaching him the lesson he deserves," Erdogan said in a speech to AKP politicians in parliament.

"It is our duty to protect our kin in Libya," Erdogan added, saying that Turkey had deep historical and social ties with the country and that Haftar would have taken over the entire nation if Ankara had not intervened.

He said Turkey will join Germany, Britain and Russia at a summit that Chancellor Angela Merkel is to host in Berlin on Sunday to discuss Libya, which has been mired in chaos since the toppling of Muammar Gaddafi in 2011.

Erdogan also said in his speech that Turkey was determined to stop the Syrian government from violating a ceasefire, which came into effect on Sunday in the northwest Syrian province of Idlib to prevent 400,000 people fleeing towards the Turkish border.