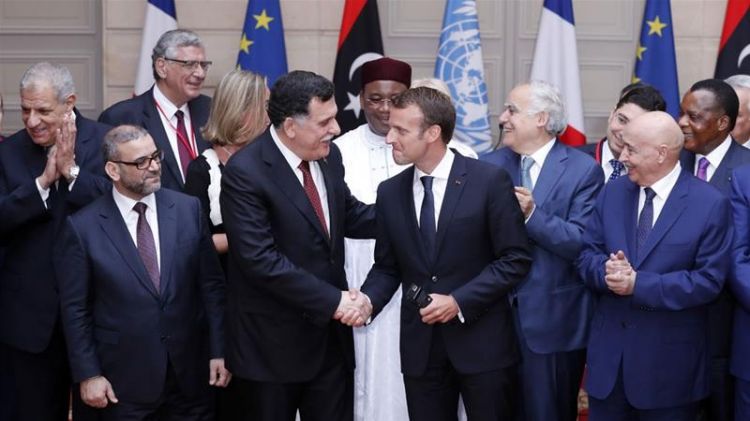 Libya's internationally-recognized prime minister, Fayez Sarraj, and the commander of the eastern Libyan forces, Khalifa Haftar, as well as leaders and representatives of several other countries and intergovernmental organizations, will gather on Sunday for a top-level summit in Berlin to push for a UN-drafted agreement., Eurasia Diary reports citing Sputnik.

On 12 January, the UN-supported Government of National Accord (GNA) and the rival Libyan National Army (LNA) announced a ceasefire in the country, halting the months-long LNA offensive to take the GNA-held capital of Tripoli.

On the following day, Russia and Turkey mediated talks between Haftar and Sarraj in Moscow, in the hopes of achieving a lasting ceasefire. After hours of negotiations, the GNA delegation signed the ceasefire agreement, while the LNA representatives asked for additional time to review the deal, departing from the Russian capital shortly thereafter.

The outcome of the Berlin conference thus largely depends on Haftar's readiness to sign the ceasefire agreement.

Who is invited to Berlin

The five permanent members of the Security Council — China, France, Russia, the United States, and the United Kingdom — will attend the conference, as will Algeria, Egypt, Italy, Turkey, the Republic of the Congo, and the United Arab Emirates.

UN Secretary-General Antonio Guterres and special envoy for Libya, Ghassan Salame, will also travel to Berlin this weekend as the conference is held under the auspices of the UN. The EU foreign policy chief, Josep Borrell, as well as AU chairperson Moussa Faki and the Arab League secretary general, Ahmed Aboul Gheit, will all take part in the negotiations.

According to German Foreign Minister Heiko Maas, both Sarraj, the head of the GNA, and Haftar, the leader of the opposition LNA, will attend the event.

Participants of the Berlin international conference are expected to sign a six-point draft communique calling for a permanent ceasefire, implementation of an arms embargo and reforms in the security and economic sector, according to UN Secretary-General Antonio Guterres’ report to the Security Council.

"The draft communique of the Berlin Summit is organized along six baskets: cessation of hostilities and permanent ceasefire; implementation of the arms embargo; security sector reform; return to the political process; economic reform; and upholding international humanitarian and human rights law," Guterres said in the report, revealed on Friday.

According to Germany, the main goal of the Berlin conference is to make all the international players, directly or indirectly involved in the conflict in Libya, agree to stop supporting the warring parties, including through respecting the arms embargo, the German foreign minister said on Saturday.

"The parties to the conflict, including General Haftar, are not the primary focus of the Berlin Process. The international supporters of the conflict are, however. Our explicit aim is to get them to withdraw from the conflict. It goes without saying that our objective here is to pave the way to genuine peace negotiations," Maas told German Passauer Neue Presse newspaper on Friday.

A unit of Turkish special forces arrived in Tripoli on Friday to ensure the safety of GNA officials, according to media reports. This comes a day after Erdogan reiterated that Turkish troops were heading to Libya to support the GNA.

In November 2019, Ankara and the GNA signed a military cooperation agreement, triggering a backlash from the LNA, Egypt, Greece, Cyprus and several other countries. Turkey has since threatened to send troops to Libya to help the Tripoli-based GNA fight against the LNA.

On Saturday, Haftar's spokesperson said that Turkey had delivered an air defence system to the GNA to protect the airport of Mitiga.

The European Union also expressed readiness to provide military assistance to the war-torn country. On Friday, Borrell said he did not rule out the possibility of the EU deploying troops in Libya to implement and monitor the ceasefire in the North African country.

Libya is currently in the midst of a civil war between two rival administrations — the GNA, based in Tripoli to the west, and the LNA-supported elected parliament in the east. Over the past several weeks, the situation has escalated amid LNA advances on Tripoli.