Russian warships launched a massive missile attack on the terrorists near Aleppo
Read: 334

First President of Azerbaijan responded Nikol Pashinyan: do not lie, I did not say this about Khojaly!
Read: 305

Azerbaijani Community is ready for contacts with Armenian Community 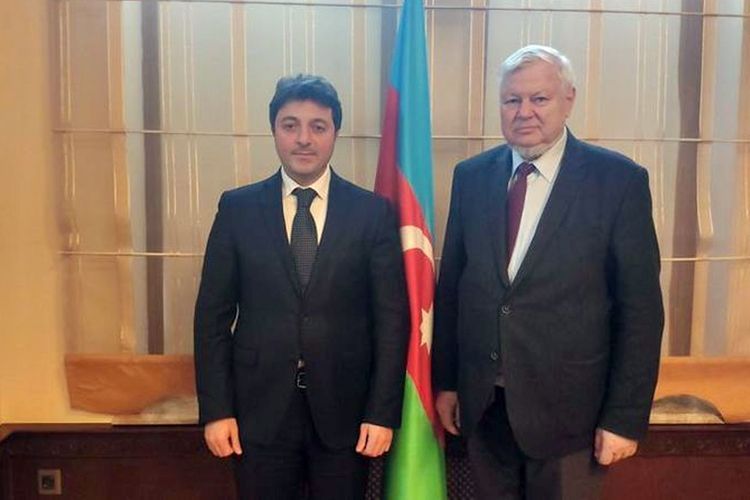 A meeting has been held between Ambassador Andrzej Kasprzyk, Personal Representative of the OSCE Chairperson-in-Office and Tural Ganjaliyev, Chairman of the Azerbaijani community of Nagorno Garabagh region of the Republic of Azerbaijan, the Community told APA.

The meeting with OSCE Chairman-in-Office's Special Representative for the Armenian-Azerbaijani Nagorno Garabagh Conflict held at the office of the Azerbaijani community of the Nagorno-Karabakh region of Azerbaijan on February 13.

Andrzej Kasprzyk congratulated the head of the community Tural Ganjaliyev on his election as a deputy in Khankandi constituency on February 9 in the early parliamentary elections in Azerbaijan and wished him success.