Russia is challenging US and NATO with unique armaments of the Su-57 fighter
Read: 1252

'Information on use of Azerbaijan’s airspace by aircrafts, delivered air strikes on Iran, is lie' - Azerbaijani MoD
Read: 345 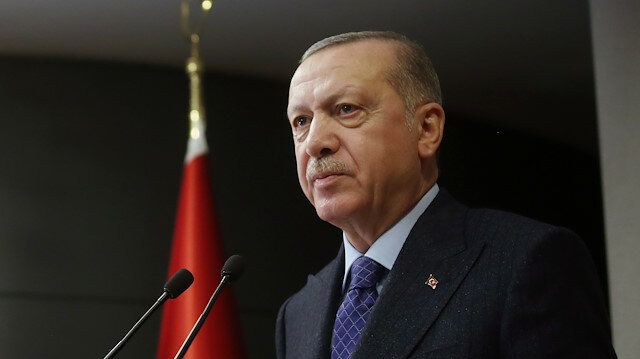 “I believe that the perpetrators of this inhumane act shall receive the punishment they deserve. We will be monitoring the issue,” Recep Tayyip Erdogan said on Twitter.

“I remember with respect George Floyd and extend my condolences to his family and loved ones,” he added.

Floyd, 46, was arrested Monday in Minneapolis, Minnesota after reportedly attempting to use a counterfeit $20 bill at a local store.

Video footage on Facebook showed him handcuffed and cooperating.

But police claim he resisted arrest. One of the officers kneeled on his neck, despite Floyd’s repeated pleas of "I can't breathe."

Shortly after, Floyd appeared to lose consciousness, but the officer maintained his position on the victim. He died soon after being taken to a hospital.

Four officers have been fired over the killing, which sparked mass protests and an outcry against police brutality.

Erdogan said "the racist and fascist approach" that caused Floyd’s death by torture deeply saddened everyone, "but it has also become one of the most painful manifestations of the unjust order we stand against across the world."

"As a member of the Islamic civilization, which teaches us to love humankind because of the Creator, I condemn this inhumane mentality," Erdogan said, adding Turkey always takes a stand against all attacks targeting humanity, regardless of where, the cause or form in which they are committed.

He added that Turkey will continue to fight to protect the rights of all humanity without any discrimination based on any differences.