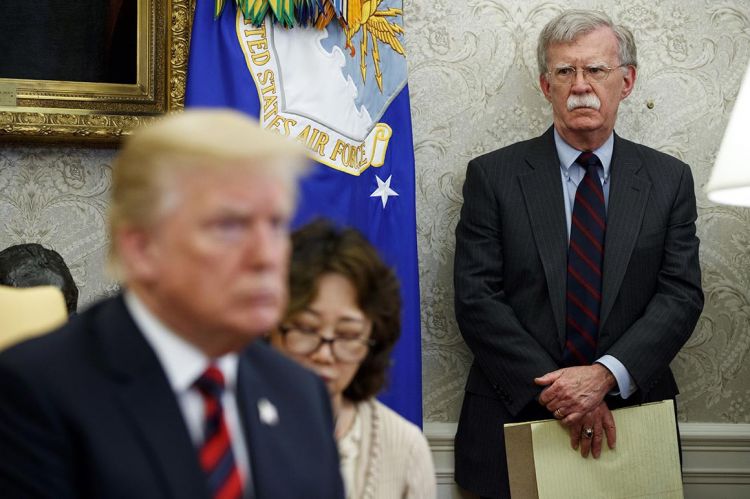 U.S. President Donald Trump continued to rip into former national security adviser John Bolton over his scathing critique of the president in his book, calling the conservative hawk "crazy" and bad at his job, EDNews.net reports citing Vestnik Kavkaza.

During a town hall event that aired that evening, the president also took a few shots at his presumptive general election foe, Joe Biden, saying he has trouble speaking and "is shot." Though Trump does not view Biden as politically "radical left," he predicted the progressive wing of the Democratic party would run roughshod over the former VP.

"He didn't do a good job," Trump said of his former national security adviser in a Fox News interview. "He wasn't smart. He wasn't sharp."

The president called Bolton "the only man I think I ever met – I knew him for a year – I don't think I ever saw him smile once. I said to him, 'John, do you ever smile?' And it tells you something about somebody."