Armenia’s government must be sure that no provocation to remain without response - Azerbaijan's MFA | Eurasia Diary - ednews.net 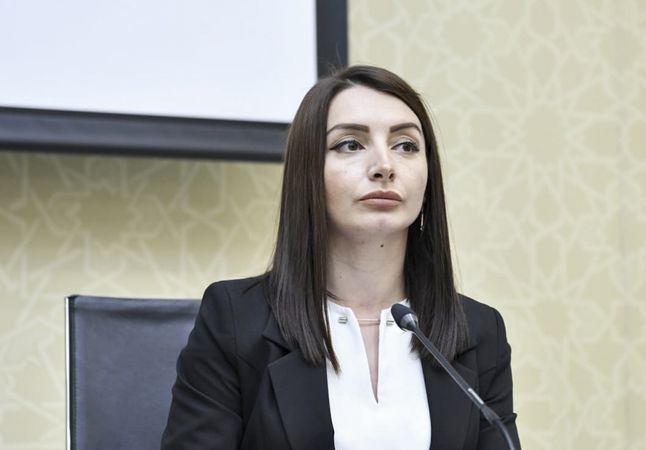 "The blunt description of situation in Armenia being the aggressor country by the President of the Azerbaijan Republic Mr. Ilham Aliyev on June 25 of this year during his speech at the ceremony of opening of the military unit # “N”, noting by him of the deep crisis lived through by this “independent” country using specific evidences made Armenia’s leaders to confront bitter truths", said Leyla Abdullayeva, head of the Press service department of the Ministry of Foreign Affairs of the Azerbaijan Republic, EDNews.net reports citing APA.

She said the establishment of the dictatorship regime through violation of distribution of power in the country by the leaders of Armenia who came to power being wrapped in the cover of “democratic revolution” and promising mountains and marvels to their people, its inability to deliver the promises given by it, the continuation by it of the policy of consolidating the occupational actions of the criminal regime predating it and thereby trampling on norms and principles of international law have already caused revelation of truths as a result of unfolding of the cover in which the Armenian prime minister was wrapped.