India is ready to abandon the Su-57 and focus on buying the American F-35s
Read: 713

In near future I will try to give more detailed explanations on all issues - Armenia's second president
Read: 399 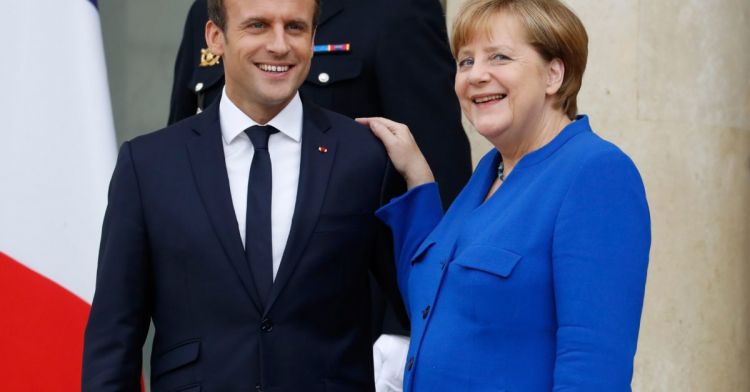 Chancellor Angela Merkel hosts French President Emmanuel Macron for talks on Monday, days before Germany takes on the rotating presidency of the European Union with the economy in the throes of the most severe storm since World War II, EDNews.net reports citing AFP.

Berlin's chairing of the 26-member bloc will be its last with Merkel in charge, and could be the one that defines the legacy of the leader dubbed the "eternal chancellor".

With the future of the bloc's relationship with Britain to be determined, a crucial shift to a lower carbon world in the balance and crises from Libya to Syria all jostling for attention, there is no shortage of burning issues to tackle.

But the COVID0-19 pandemic and the economic devastation it has wrought have become a bull in the painstakingly arranged EU china shop.

"This crisis that we're currently experiencing is different compared to any other we have experienced since the founding of Europe," Merkel, in power since 2005, told parliament in an address laying out priorities for the EU presidency.

"Alone in Europe, it has claimed more than 100,000 lives. A few weeks of economic standstill was enough to endanger what we have built up over years."

With all to play for, member states are anxiously looking to Europe's biggest economy to take charge.

In an interview published Saturday, European Commission chief Ursula von der Leyen said it was "very fortunate that Germany is taking over the presidency at this time of a major crisis."

"We have to act as honest brokers, otherwise we won't have the support of the council."