Over 160 tanks and armored vehicles arrive for Russian Army and Airborne Force
Read: 695 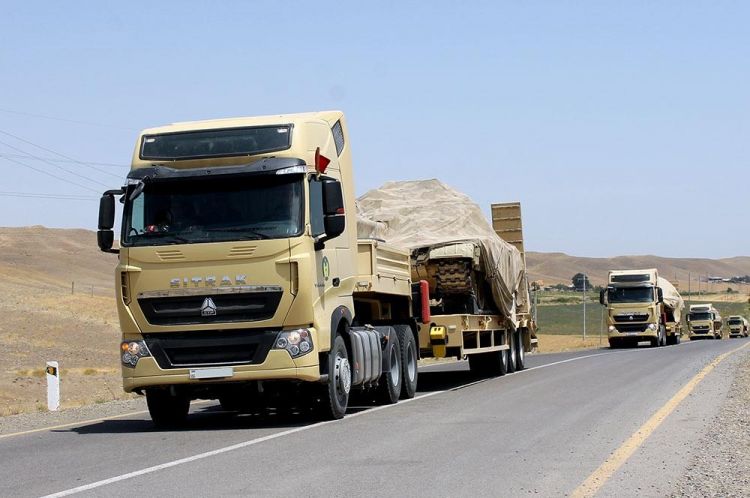 Drills conducted at various training ranges and centers of military units in the front-line have been completed in Azerbaijan, the Defense Ministry’s press service reported on July 8.

Personnel and armored vehicles, who performed combat tasks within the drill, are returning from operational areas to permanent deployment points.

It should be noted that in accordance with the plan of combat drills, intensive exercises and trainings were held in recent days in various directions with the involvement of relevant military units.

In accordance with the order of the Minister of Defence, it is planned to conduct such military exercises and training on a regular basis in order to increase the combat readiness of the troops.