Press Statement by the Co-Chairs of the OSCE Minsk Group on the recent situation of Armenian-Azerbaijan border | Eurasia Diary - ednews.net

“Armenia once again demonstrates that it cannot live in peace with its neighbors” - Azerbaijani Presidential aide
Read: 712

US blocked major arms deals with Turkey, including the F-16 modernization
Read: 694

'I want to thank all the young people in this country!' - UNICEF Representative to Azerbaijan on International Youth Day - VIDEO
Read: 689 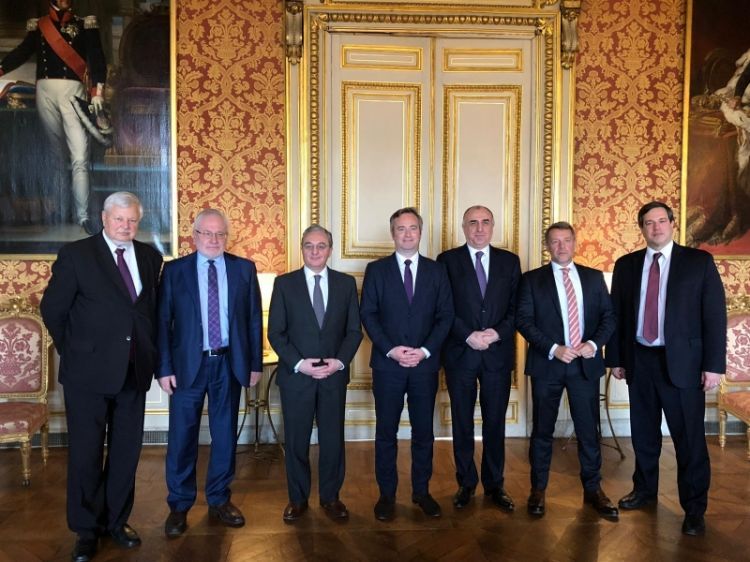 The Co-Chairs of the OSCE Minsk Group (Igor Popov of the Russian Federation, Stéphane Visconti of France, and Andrew Schofer of the United States of America)‎, released the following statement today:

According to reports from the Ministries of Defence of Armenia and Azerbaijan, as well as other sources, on 12-13 July there was a serious breach of the ceasefire on the Armenian-Azerbaijani border, resulting in casualties. Artillery of various calibers reportedly was used by both forces.

The Co-Chairs and Personal Representative of the OSCE Chairperson-in-office (PRCIO) Andrzej Kasprzyk regret the loss of life and offer their condolences to the families of those who were killed and injured. The Co-Chairs and PRCiO have been in direct contact with Armenian and Azerbaijani officials since the beginning of the incident.

The sides have accused each other of initiating the fighting. The Minsk Group Co‑Chairs condemn the recent ceasefire violations and call upon the sides to take all necessary measures to prevent any further escalation, including by use of the existing direct communication channels between them.

The Minsk Group Co-Chairs also call on the sides to resume substantive negotiations as soon as possible and emphasize the importance of returning OSCE monitors to the region as soon as circumstances allow.