Peace, prosperity and stability in Azerbaijan is significant for the true realization of international projects and UN 2030 Agenda - Qaiser Nawab
Read: 1166

Russian scientists have found a major weakness of the coronavirus
Read: 602

Throne Day in Morocco: Reforms and great advances of the country - By Anastasia Lavrina 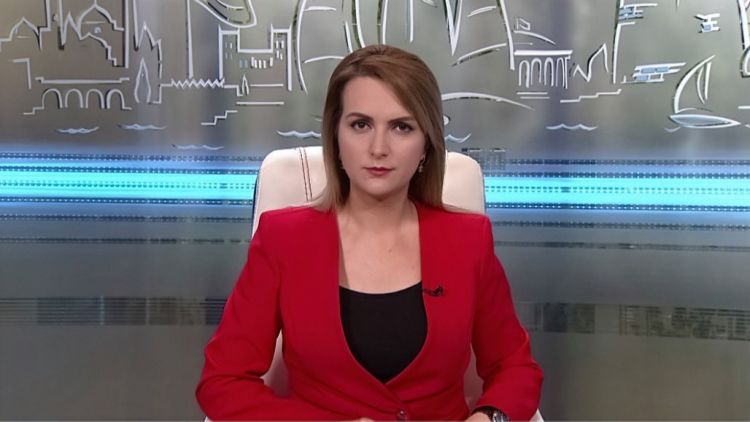 Today, on July 30, the Kingdom of Morocco is celebrating the 21th anniversary of the accession of His Majesty King Mohammed VI to the Alawite Throne. This day, also known as Feast of the Throne, has been celebrating since His Majesty’s enthronement in 1999.  The holiday illustrates the strong symbiosis and the value of solidarity, between the Moroccans and their Monarch that make them to act as a single entity.

Throughout the last 21 years, a number of reforms in political, economic, social, environmental, religious, justice and human rights fields have been initiated and achieved great advances. The wise policy of the leader, strong reforms and solidarity of the Moroccan people with the policy of their King strengthen the position of the Kingdom far beyond the borders encouraging foreign investment and raising its infrastructure to international standards. The modernization of the economy, the gender issue and the fight against poverty became national priorities and all necessary resources were mobilized to that end. Morocco became the largest manufacturer in Africa. At the same time, Morocco has the fastest growing aerospace industry in the world with over 140 companies.

Today, Morocco deserves to be called a hub for transport and logistics in Africa. In January 2017, Morocco returned to the African Union. In 2018, Morocco joined the African Continental Free Trade Area (CAFTA), one of the world’s largest free trade area, which offered new opportunities to promote foreign investment and realize comprehensive intra-African exchange.

As a result of pandemic COVID-19, all the official events were suspended; however, the government took a wise decision to announce the recovery plan to rescue Morocco’s economy, affected by the epidemic on the eve of 21st Throne Day. Once again it demonstrates the willingness to put all the efforts to support the population and make the outcomes of pandemic less visible in the society. With this aim, the King Mohammed VI announced that the country will inject MAD 120 billion ($12.8 billion) into the national economy.

Important to mention that in March, the King Mohammed VI has instructed the Moroccan government to create a special fund to address the health situation as well as the economic and social repercussions of the epidemic. Almost the same time Azerbaijani President Ilham Aliyev has signed a Decree on measures regarding the protection of health of population and strengthening the fight against coronavirus infection in the country. Under the Decree, the Fund to Support Fight Against Coronavirus, aiming to take preventive measures and speed up the fight against COVID-19, has been established. This important initiative contributed a lot to prevent the spread of the infection and to support the sectors affected by the pandemic, safeguard jobs and preserve the spending power of families who have lost their source of livelihood, in both countries.

While fighting the COVID-19 pandemic, the Kingdom of Morocco is also trying to achieve a final solution to the regional dispute over the Moroccan Sahara. On April 10, the UN Security Council members made it clear at a briefing on the Moroccan Sahara issue, that there is no other alternative to achieve a political solution to the Sahara than the roundtable process, which brought together Morocco, Algeria, Mauritania, and the Polisario, in Geneva in December 2018 and March 2019 Morocco. Since 2007 the UN Security Council has been referring to the Moroccan autonomy initiative as serious and credible.

Just to remember, in 2019, El Salvador, Brazil, Chile, the Republic of Suriname and the Dominican Republic expressed their support for the autonomy plan proposed by Morocco. Countries reiterated their interest in developing bilateral cooperation with Morocco in various sectors and expressed support for Morocco's position on Western Sahara. On January 7, 2020, the Republic of The Gambia, located in West Africa, opened a Consulate General in Dakhla, Moroccan Sahara. The ceremony was attended by the Minister of Foreign Affairs of the Kingdom of Morocco, Nasser Burita and the Minister of Foreign Affairs of the Gambia, Mamadou Tangara.

Therefore, under the wise leadership of the King Mohammed VI Morocco has already achieved tremendous success in various spheres and has a broad potential to be considered as one of the leading states in Africa and one of the reliable partners for America, Europe, and Asia.