The desecration of Azerbaijani historical buildings and cemeteries is indicative of Armenian hatred - British Journalist
Read: 455

Activities on provision of peacekeeping contingent of Russia are being held - Azerbaijan`s Defense Ministry - PHOTOS
Read: 265

Design work has begun on the construction of another highway in the territories liberated from the occupation
Read: 263

"I am very glad to announce that, Lachin region has been liberated from occupation." - Azerbaijani President
Read: 198 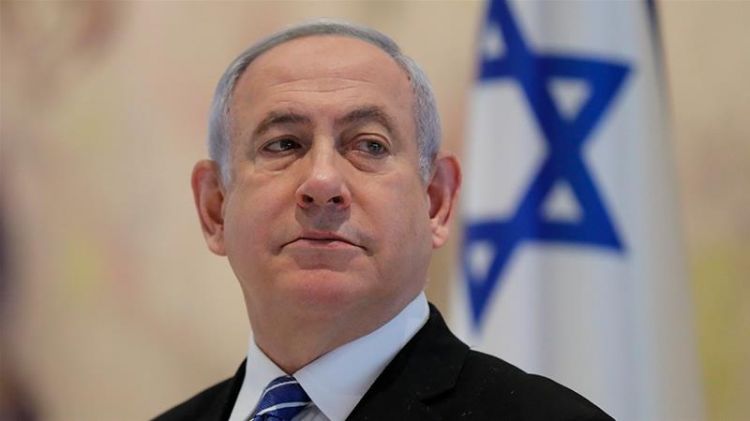 Prime Minister of Israel Benjamin Netanyahu said that he has avoided the resistance to the plan by the Trump administration to sell advanced weapons to the United Arab Emirates.

New York Times reports that Netanyahu chose not to try to block the deal as he took part in a broader effort in recent months to secure a diplomatic breakthrough normalizing relations between Israel and the Emirates.

According to well-known newspaper, the White House has accelerated its push in recent weeks to sell a package of cutting-edge weapons to the Emirates, including F-35 fighter jets and Reaper drones. The deal also includes EA-18G Growler jets — electronic warfare planes that pave the way for stealth attacks by jamming enemy air defences. That element of the package has not previously been reported.

The United Arab Emirates have been long interested in the purchase of US’s most advanced weapons, but its efforts for achieving its desire have failed for many times, due to the strong resistance of Israel. Israelis have had fear on shift in the balance of power in the Middle East.

It is noted in the newspaper, the dozens of Emirati officials travelled to Washington last week to meet with counterparts at the Pentagon and the State Department to discuss the arms package and their diplomatic initiative with Israel.

Hussein Ibish, a scholar at the Arab Gulf States Institute in Washington, said newspaper that officials from all three nations had told him that Netanyahu had given approval for the arms sale, but he had then publicly denounced it because of the anger that erupted in Israel, including from defence officials, when the quiet arrangement became public.

“I’ve heard it from parties on all three sides that he gave a green light on this,” Mr. Ibish said, adding that Mr. Netanyahu had previously indicated to the Emiratis and the Americans that “there would not be substantive and categorical opposition.”

However, New York Times also reports that some members of Congress and their aides have expressed worries, pointing to the Emirati military’s role in the catastrophic Yemen war.

According to Trump administration officials, détente between the Emirates and Israel — and possibly future deals between Israel and other Arab nations — are also part of a wider effort to counter Iran. Administration officials have tried to placate Israeli concerns about an Arab nation getting the F-35 by emphasizing that the Emirates, like Israel, is an avowed enemy of Iran and that strengthening the Emirati military will help Israel’s security.

It should be noted that in last month, the United Arab Emirates and Israel signed the agreement on the establishment of first diplomatic relations between two states of the Middle East. Officials of both countries said that they will move forward to improve bilateral relations in the fields of politics, economics, technology and security.

Netanyahu government promised that it will not restart the implementation of annexation plan on the parts of occupied West Bank, internationally recognized territory of Palestine.