" Now, Armenians have two choices: Either they accept the situation or leave the country " - Rovshan Ibrahimov
Read: 349 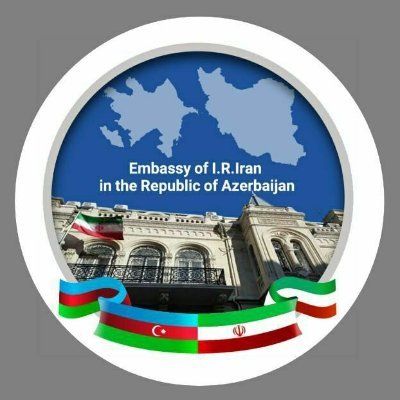 In reaction to the publish of biased reports by some media, Iranian Embassy in Baku said that ill-wishers and enemies are trying to disrupt Tehran-Baku friendly and brotherly relations, Mehr News Agency reports.

"In recent days, despite the clear positions announced by high-ranking officials of Iran, the enemies and ill-wishers of Azerbaijan Republic and Iran have always sought to achieve their sinister goals in order to disrupt cordial relations between the two countries," Iranian Embassy wrote.

"The embassy hereby declares that the recent rumors about the positions of the Islamic Republic of Iran on the conflict between Azerbaijan Republic and Armenia are sheer lies and are baseless,"it added.

"The ill-wishers of the two nations of Iran and Azerbaijan Republic are trying to deceive the public opinion and hide the facts by launching evil media campaign," the Embassy said, adding, "These propaganda and news, as the political aide to the President of Azerbaijan emphasized, is a betrayal of both countries."

"Iran and Azerbaijan Republic are friendly and brotherly nations and that friendship and brotherhood will exist forever and no one can disrupt it," it noted.

"The Embassy of the Islamic Republic of Iran strongly reject the false and baseless news and strongly condemns the spread of these heinous rumors," it stressed.