Leaders of religious confessions in Azerbaijan issued a joint statement on the destruction of our religious monuments in Karabakh.
Read: 352 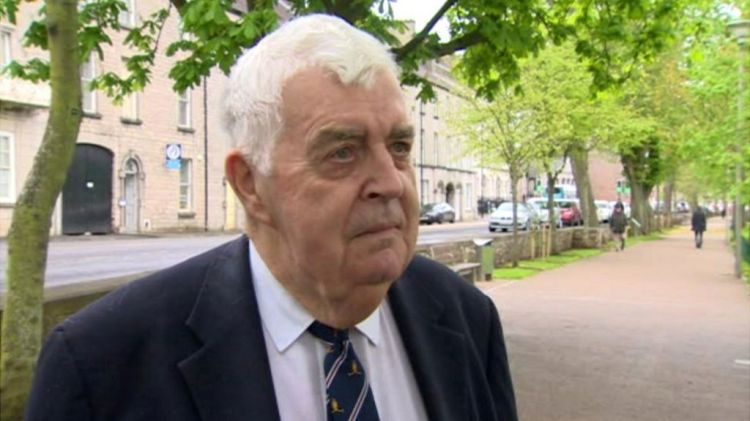 The prominent British official, Hon Lord Kilclooney, who is a member of the UK House of Lords and former MEP, made an important statement on the Armenia-Azerbaijan conflict over Nagorno-Karabakh. Lord Kilclooney in his statement touched upon Azerbaijanis IDPs and refugees, the failure of the negotiation process, and the emergence of the multicultural society in Azerbaijan. He said that he was disappointed when he saw terrible conditions Azerbaijani internally displaced people and refugees faced who were expelled from their native homes. Besides, he stressed the possibility of the peaceful co-existence of Armenian and Azerbaijanis communities in the Nagorno-Karabakh within the territorial integrity of Azerbaijan.

I visited region adjoining Nagorno-Karabakh following the collapse of the Soviet Union, some 26 years ago. The conditions for estimated one million Azerbaijani internally displace people and refugees who were expelled from Nagorno-Karabakh and the seven surrounding regions, were disgusting.  In the subsequent visits, I have commended the government in Baku for its provision of better housing for these IPDs and refuges, pending their return to their former home regions.

The intermittent violence during past 26 years is proof of the failure of the OSCE Minsk Group. This comes as no surprise, as Russia has a Defence treaty with Armenia, operating two military bases in the country. As for France, its bias is obvious for all to see. It is anti-Turkish policies extend to Azerbaijan.

During one visit Guba in Azerbaijan on the Russian border, I had opportunity to visit two synagogues and noted success of the Jewish community. They enjoyed equal rights and the rule of law as rest of Azerbaijani population. The same could apply to Armenian community of Nagorno-Karabakh in Azerbaijan. Coming from Northern Ireland, I appreciate strong national opinions of both Armenians and Azerbaijanis. I was involved in the Belfast agreement that led to the shared government for Northern Ireland within the United Kingdom. We need something similar for the Nagorno-Karabakh region to bring the terrible violence to an end. This would result in shared government by Azerbaijanis and Armenians for that region within the Republic of Azerbaijan, in which, as with Jewish community of Azerbaijan, both communities would flourish in peace, benefiting from equal human rights and rule of law.