Azerbaijan's liberation of its own territories destroys the previous order in the South Caucasus - Expert | Eurasia Diary - ednews.net

Eurasia Diary conducted an interview with Igor Pankratenko, Russian political analyst and Doctor of Historical Sciences Igor Pankratenko regarding a number of issues on the Nagorno-Karabakh conflict. 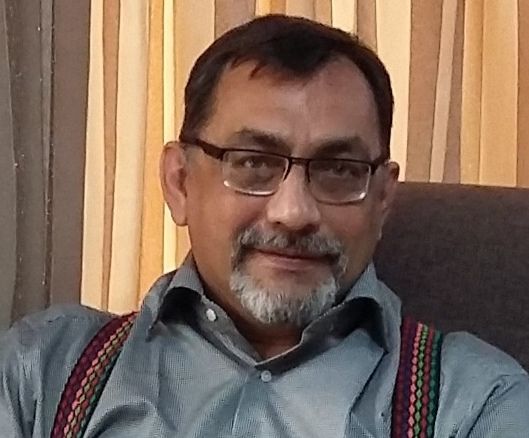 So, speaking about the military clashes flared up since September 27, the expert noted:

"In general, it should be noted that the military operations to repel armed provocations by the separatists and their patrons (Yerevan) have gradually focused on the liberation campaign of the Azerbaijani army, developing as successfully as possible. Even if not rapidly, but inevitably.

Secondly, those experts predicted that "Karabakh has become a fortress that will break the teeth of Turkey and Azerbaijan" were incorrect, and with these predictions they disgraced themselves. In addition, on the battlefield, the Azerbaijani army demonstrates a tactical and technical advantage over the enemy. The Armenian army has prepared for the war in the old way, whereas the Azerbaijani armed forces are demonstrating their ability to wage a modern war.

"Third, Yerevan's hopes for a broad anti-Turkish and anti-Azerbaijani coalition have not materialized, and its hopes for an international coalition to support it have been perished."

Giving information about the duration and consequences of the armed conflict between parties, Pankratenko said;

"I do not want to make predictions, because it is no more important. Another thing is more important - the liberation of Azerbaijani lands clearly indicates that it destroys the previous order, which has existed in the South Caucasus for almost 30 years.

It is time to realize a new political reality, new external players and a new balance, and we need to understand that - whether someone likes it or not. "

Another issue is that the parties sit at the negotiating table with different opportunities. Baku can now dictate its terms based on the concept of "peace for territories".
"Yerevan is deprived of such an opportunity, it is a loser and can only count on France's help."
Our portal also drew attention to the behavior of Armenian lobbies, which tries to force certain companies to work for their own interests. The Canadian company Bombardier Recreational Products, under pressure from the Armenian lobby, refused to supply spare parts for Turkish UAVs, as well as German suppliers. The Armenian lobby has put pressure on some French journalists, and under pressure they are working only in the interests of Armenia. In this regard, Pankratenko said:
"As for the Canadian Bombardier Recreational Products (BRP), it is well known that the company was forced to  accept the decision under pressure from Canadian authorities. The decision will not have significant consequences for Turkish UAV manufacturers, and it seems they can produce these products themselves. .
As for the Germans, they will be able to withstand the pressure of the Armenian lobby.
As for the media, the Armenian Diaspora attaches special importance to the information war. There is nothing scary here, we have once again seen the so-called valuable stories about freedom of the press and freedom of speech. "
At the end of our interview, we discussed the Armenian military leadership's permission for Armenian soldiers to wear military uniforms belonging to the Azerbaijani army, as well as the insulting treatment of the corpses of Azerbaijani soldiers.
In this regard, Russian political scientist Igor Pankratenko said:
"Everything here is very simple. While the situation becomes worse on the front, Armenian propagandists are more aggressive and rude. The news of 'Armenian soldiers wearing the uniform belonging to Azerbaijani soldiers' is not a sensation."
The point is that those who carry out this propaganda, at the same time create problems for themselves. Later, Armenian soldiers should not be surprised when they opened fire on theirs, suspecting that they were "Azerbaijani soldiers wearing the uniform belonging to Armenian soldiers."