Archaeological sites discovered on the territory of the Keshikchidag State Historical and Cultural Reserve - PHOTOS
Read: 181 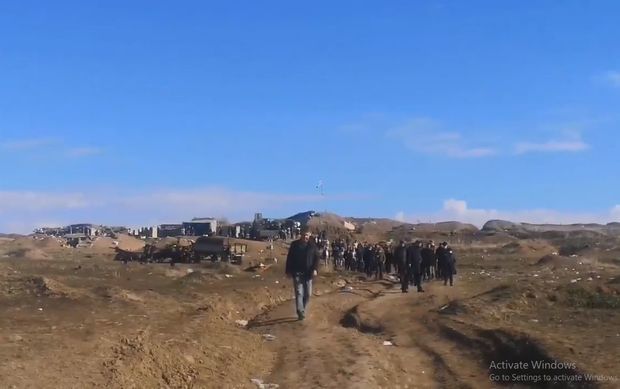 Diplomatic correspondents from different countries have visited the liberated lands of Azerbaijan from the Armenian occupation. They witnessed the destruction of the occupied territories by the Armenians and recorded the infrastructure created by the Armenians to attack innocent people.

Eurasia Diary reports that, aide to the President, Head of the Foreign Policy Department of the Presidential Administration Hikmet Hajiyev shared this on his Twitter account.

Diplomatic corps visiting one of the strongest military positions of Armenia in liberated Füzuli. From this position mainly they attacked civilian population of Azerbaijan. Armenia hugely invested in bulidng this unnecessary military infrastructure to maintain occupation. pic.twitter.com/mxBm3T7gBu