Erdogan says Armenia should not evade responsibilities in Nagorno-Karabakh deal 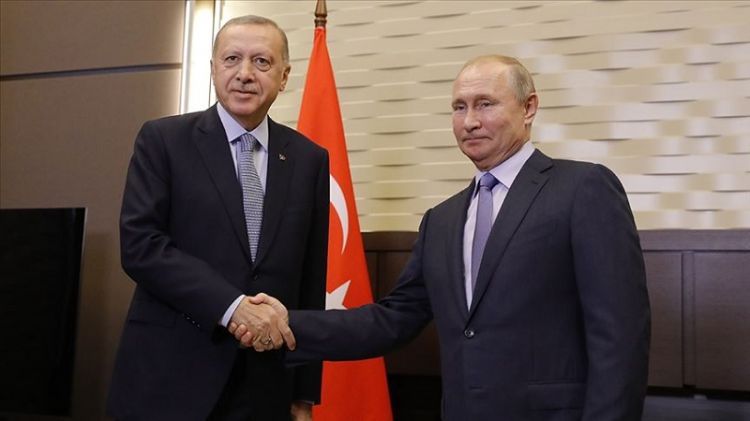 Armenia should not be allowed to evade responsibilities under a cease-fire deal with Azerbaijan, President Recep Tayyip Erdogan told his Russian counterpart Vladimir Putin in a phone call late Tuesday, Daily Sabah reports.

Erdogan also said in the call that he expects the Turkish-Russian joint monitoring center in Nagorno-Karabakh region to become active as soon as possible.

Reiterating Turkey’s sensitivity with regards to Azerbaijan’s territorial integrity, Erdogan also said that the criticisms of other co-chairs of the Minsk Group toward peace efforts are not understandable.