President of Azerbaijan - Did Armenia buy those Iskander missiles for money? They bought for free " | Eurasia Diary - ednews.net

President of Azerbaijan - Did Armenia buy those Iskander missiles for money? They bought for free " 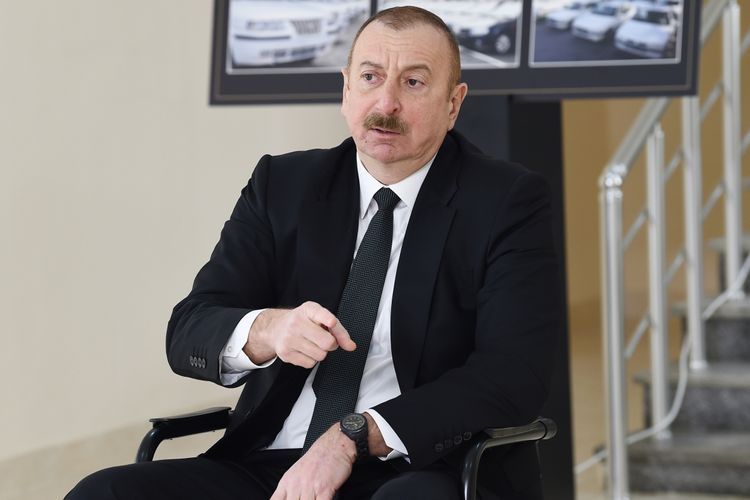 "The Armenian leadership now complains that the weapons given to them were useless. You know, it's easier to blame someone than anything. But they should also say that those weapons had been given to them for free, not for a year, not for two years - but for 30 years they have been supplied with arms."
Eurasia Diary reports citing APA that President of Azerbaijan Ilham Aliyev said this in his speech at the ceremony of presenting apartments to the families of martyrs and war veterans in the residential complex in Ramana settlement of Baku on February 25.
The President said that we are now using all opportunities to closely monitor the processes in the region, we have opportunities, we have many sources of information.
“We know how many free weapons had been given to Armenia during the war, how many had been given before the war. Immediately after the July clashes, from July 17 until the last day of the war, several planes brought free weapons to Armenia every day. Did Armenia buy those Iskander missiles for money? They bought for free. Did they buy Elbrus, Tochka-U and Scud missiles for money? They bought for free. The 7 S-300s, including tanks, artillery and other air defence systems which we destroyed had also been provided free of charge. We have destroyed them all. There is no Armenian army, it is over,” he added.